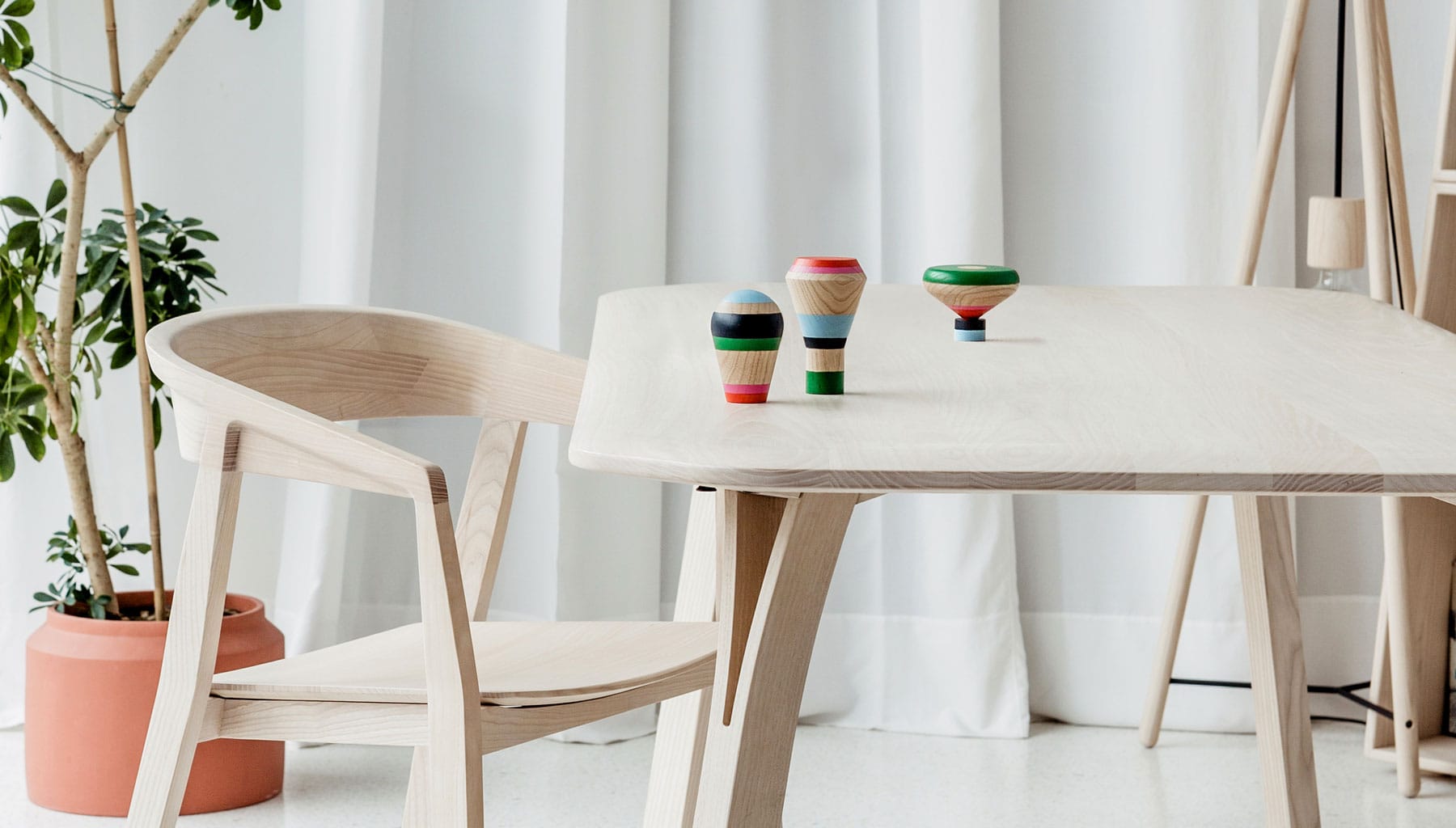 GIR introduces a collection of design products in collaboration with Bratislav Milenković, an acclaimed illustrator among the younger generation of Serbian artists and designers.

Inspired by the fascinating world of balloons, a comprehensive collection of design products capturing the essence of those whimsical inventions that open new horizons to us has finally come to life.

GIR presents a new collection of designed figurines, created in cooperation with the illustrator Bratislav Milenković. Inspired by the fascinating world of balloons, the Balloon Parade collection reflects the unpredictability of these inventive flying objects that open us new horizons. The three figures, of different geometric shapes, are made of a mass of ash, while the graphic details are hand-painted. Although each balloon has a unique character, it works best together, because the joyful parade of interesting shapes, proportions, and colors bring authenticity to every area they find in it. The collection is complemented by three graphics, which represent different moments and thus unite the unique design and atmosphere.

Although in the space where we are staying, each item has some function, it loses its usefulness, if it requires the user to work for it, and not the other way around. We come to the conclusion that the decorative object has a much more demanding role than the usable because it connects it with the observer at a level that is far beyond the functional one.
The balloon parade is a set of wooden figurines, created with the idea that in the most positive way it will enrich the space in which they are located and bring a cheerful atmosphere. The inspiration for the color palette comes from real life because every parade of the balloon is abundant with vibrant colors, which is exactly the feeling that we wanted to challenge in the observer. The colors give them a dynamic rhythm, however, they are placed.

Although GIR has many years of experience in the production of furniture pieces made of solid wood, in this case, the wood has proven to be a rather challenging material, which must be approached with great attention. Balloon Parade, the pioneering venture of GIR and Bratislav is the result of creative and entertaining activities, but also of very complex technical processes, which have led to the greater use of the final solution. All admirable imperfections of wood as materials are an integral part of the graphic solution and the figurine itself, while the drawings and sketches have inspired the creation of three types of graphics, representing an extension of the atmosphere in a different form.

Balloon Parade is proof that decorative items do not have a function: their role is to enrich the space. These items give us summer, dynamic and have a desire to play. The simplicity of the Balloon Parade figurine is just the space we need to add to our imagination; we communicate with them and give them a context depending on where we are being watched, where we place them. Their diligence does not serve the observer with all the necessary information, but it also requires a crunch of imagination with each of us to complement Balloon and make them “fly away”.

On recently finished 56th Furniture Fair Balloon Parade won the nomination for “The best supporting interior element” and officially confirmed its specialty and appeal. A set of wooden figurines, as well as a limited series of graphics, can be found in GIR Store, in New Belgrade.