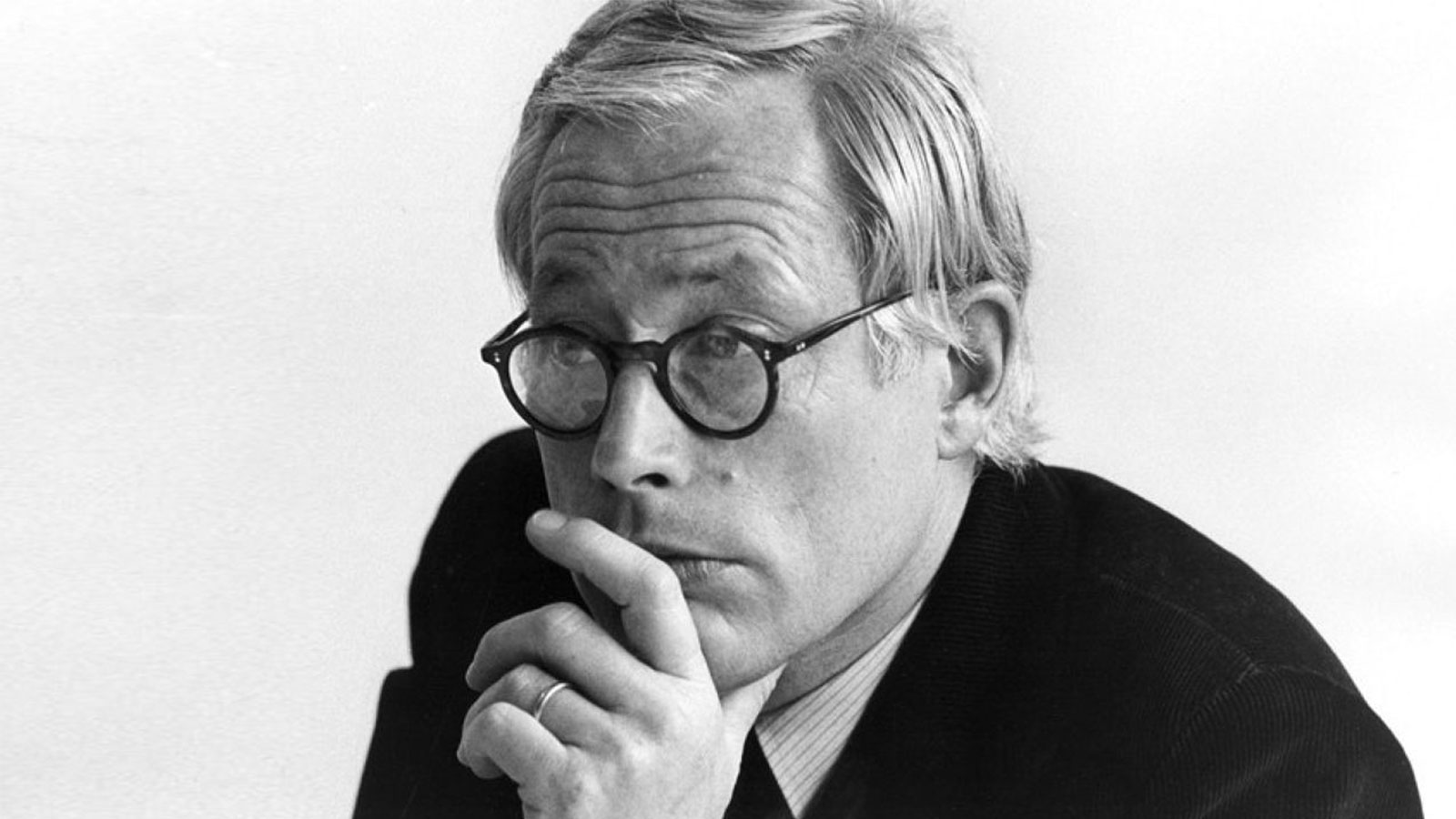 Throughout the 20th century, design has existed as a major feature of culture and everyday life. Design can be seen as an instrument for improving the quality of life, in its most global sense. We looked back on mid-century furniture design not so long ago, and we scratched the surface of  design (r)evolution when it comes to furniture.

We can’t talk about modern design and functionalism without mentioning Dieter Rams – a German industrial designer whose work is closely associated with the famous Braun company. But this story is not only about the life and work of Dieter Rams, instead we are focusing more on the examples of good design, and modern design in general. 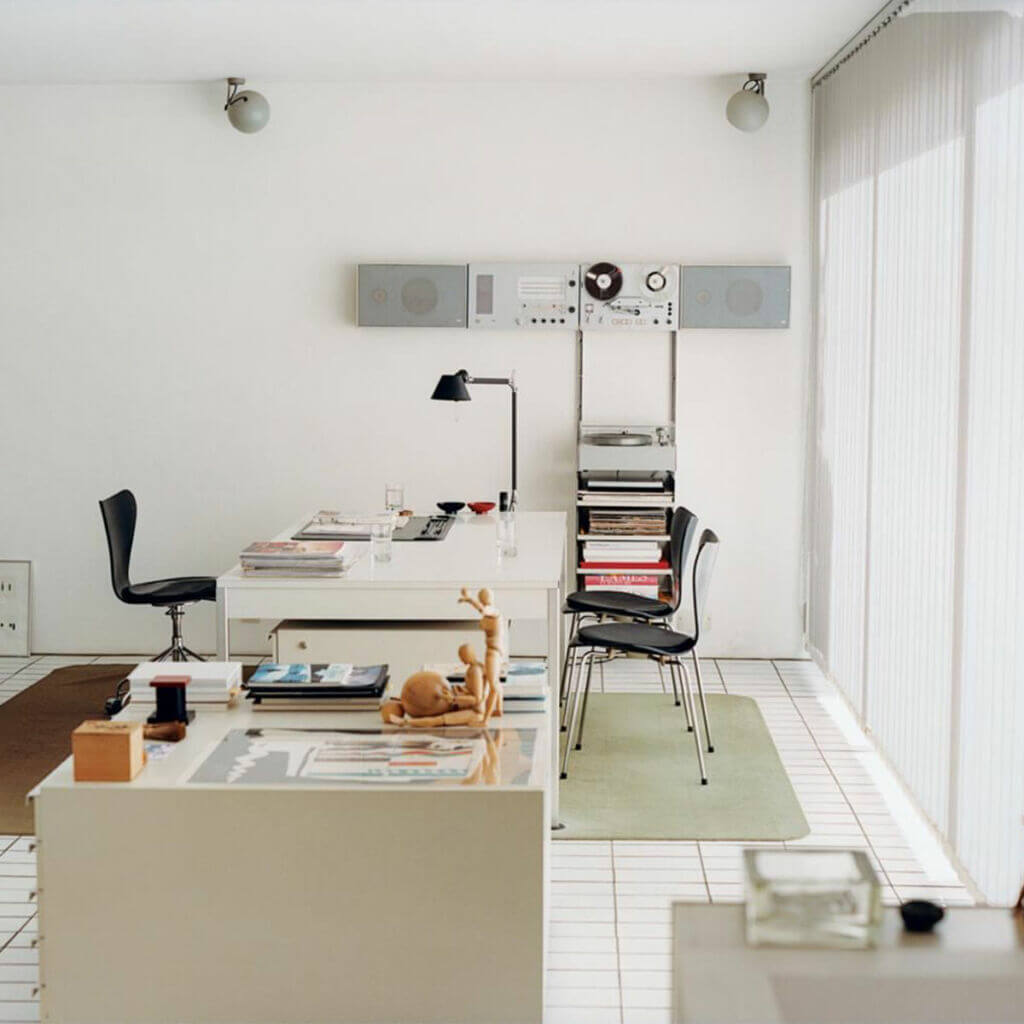 Dieter Rams’s living room, with many of his classic designs, such as the TG 504 Braun reel-to-reel recorder on the wall. 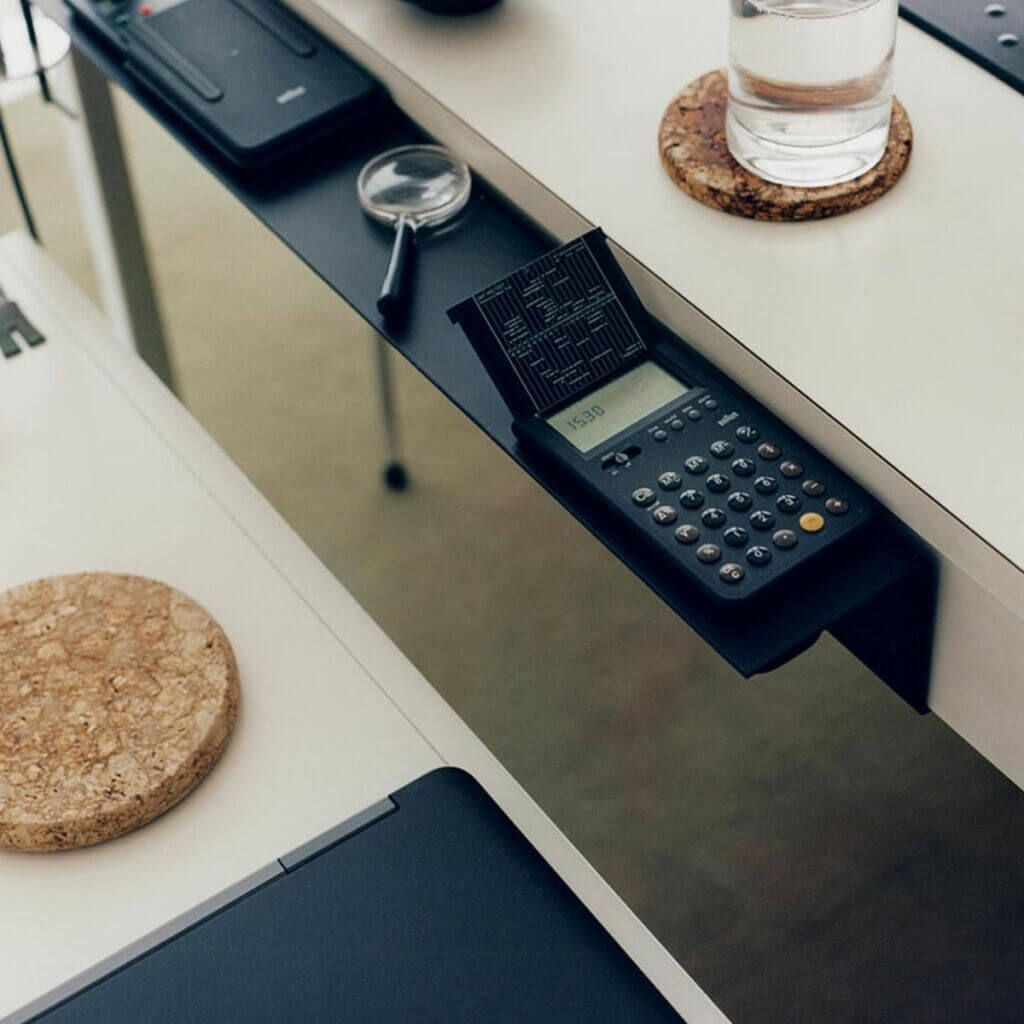 Interior details: The ET 88 World Traveller calculator, that was an inspiration for the iPhone calculator app.

To some extent, we can trace the origins of design to the Industrial Revolution and the birth of mechanized production. It was not until the early 20th century, when design theory was integrated with practice through new industrial means of production, that modern design truly came to being. The goal of modern design, as pioneered and taught at the Bauhaus, was to produce work that unified intellectual, practical, commercial and aesthetic concerns through artistic endeavour and the exploitation of new technologies. 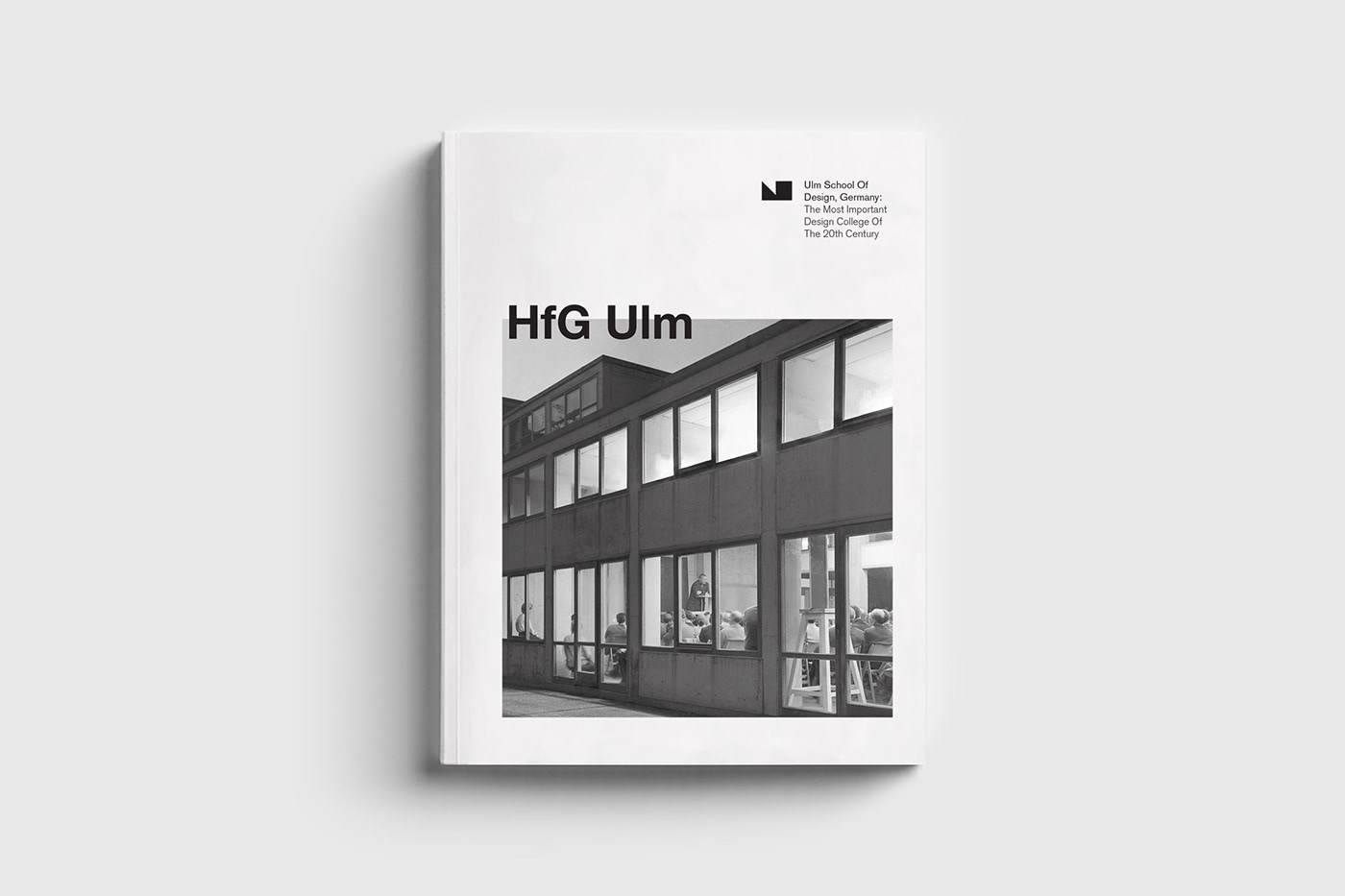 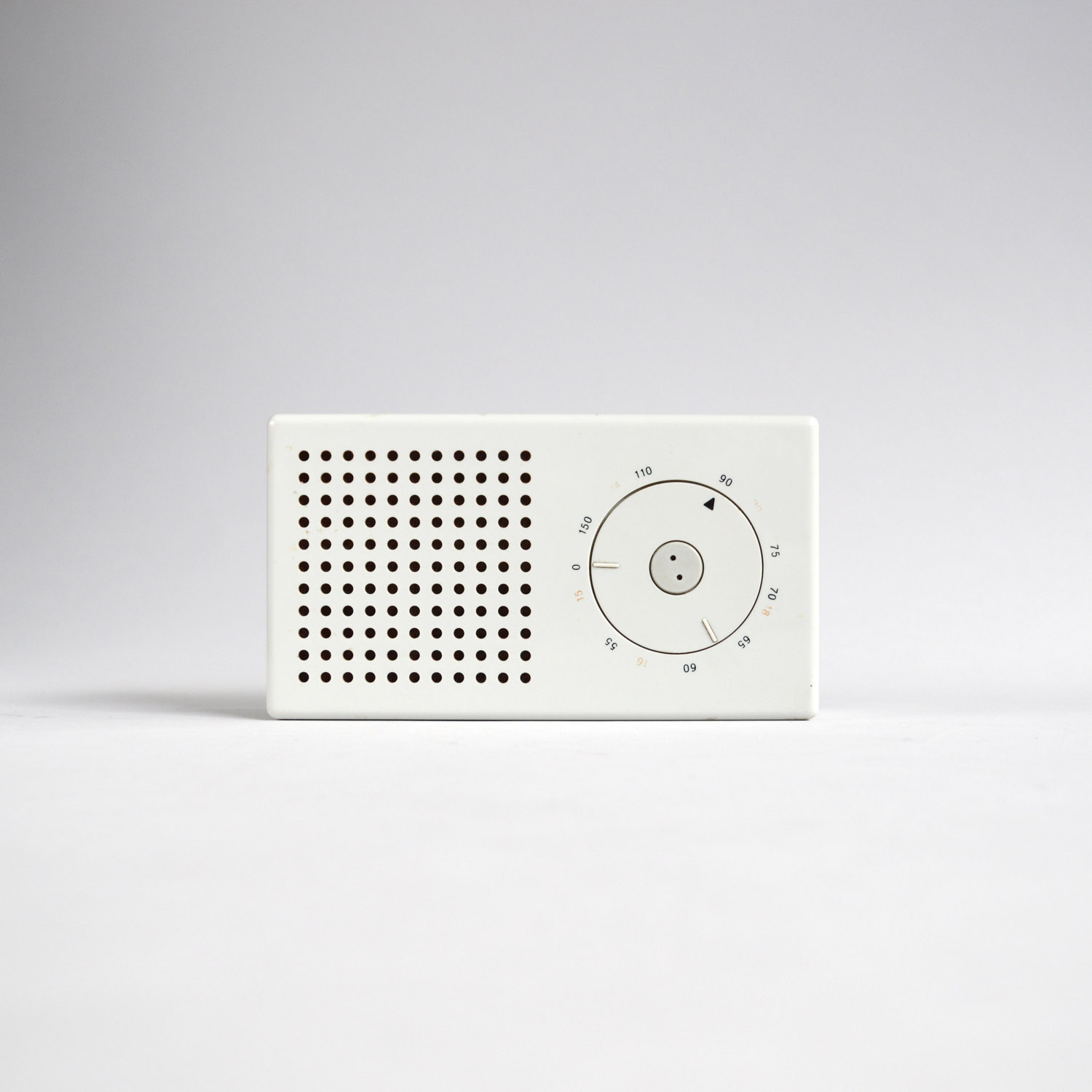 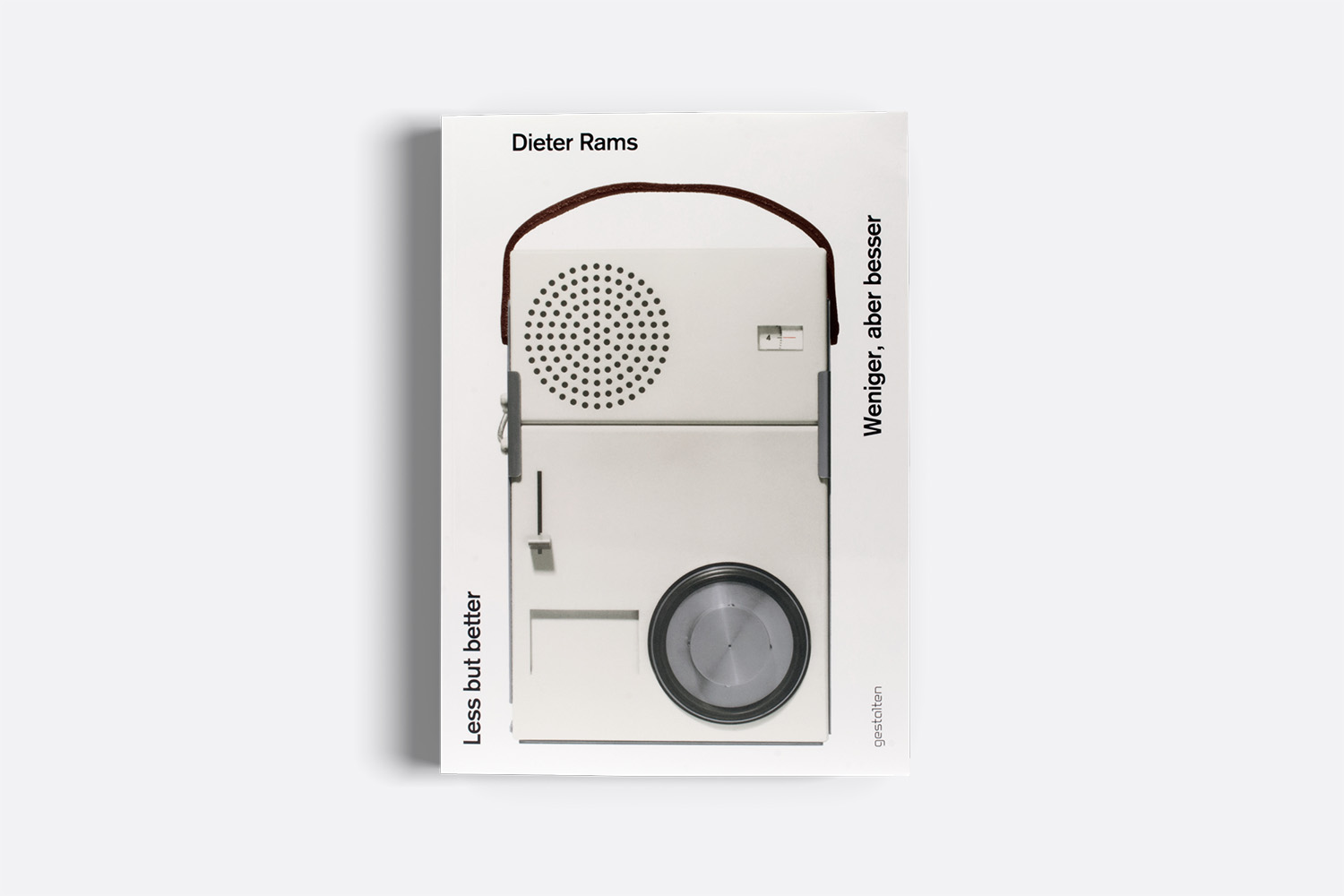 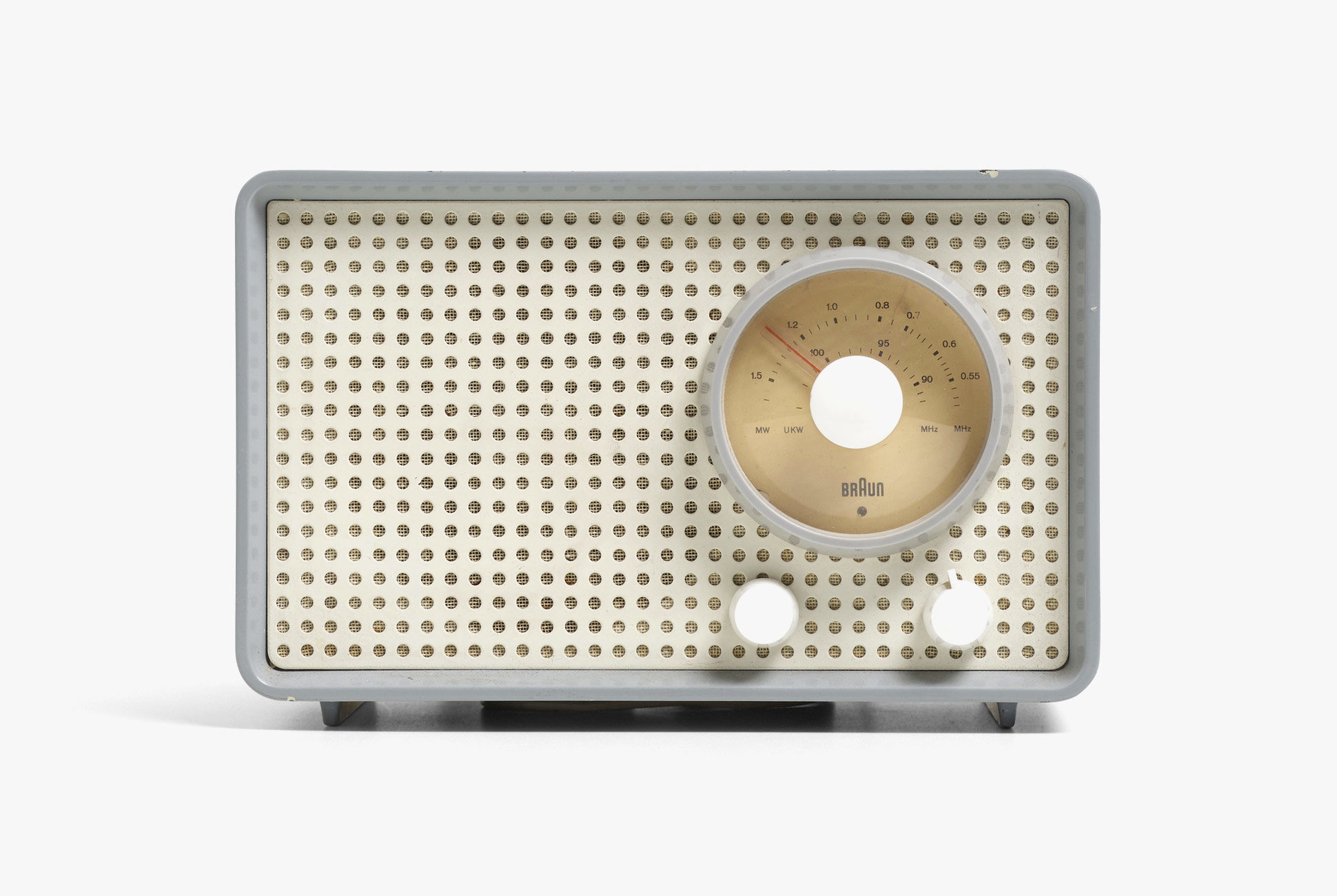 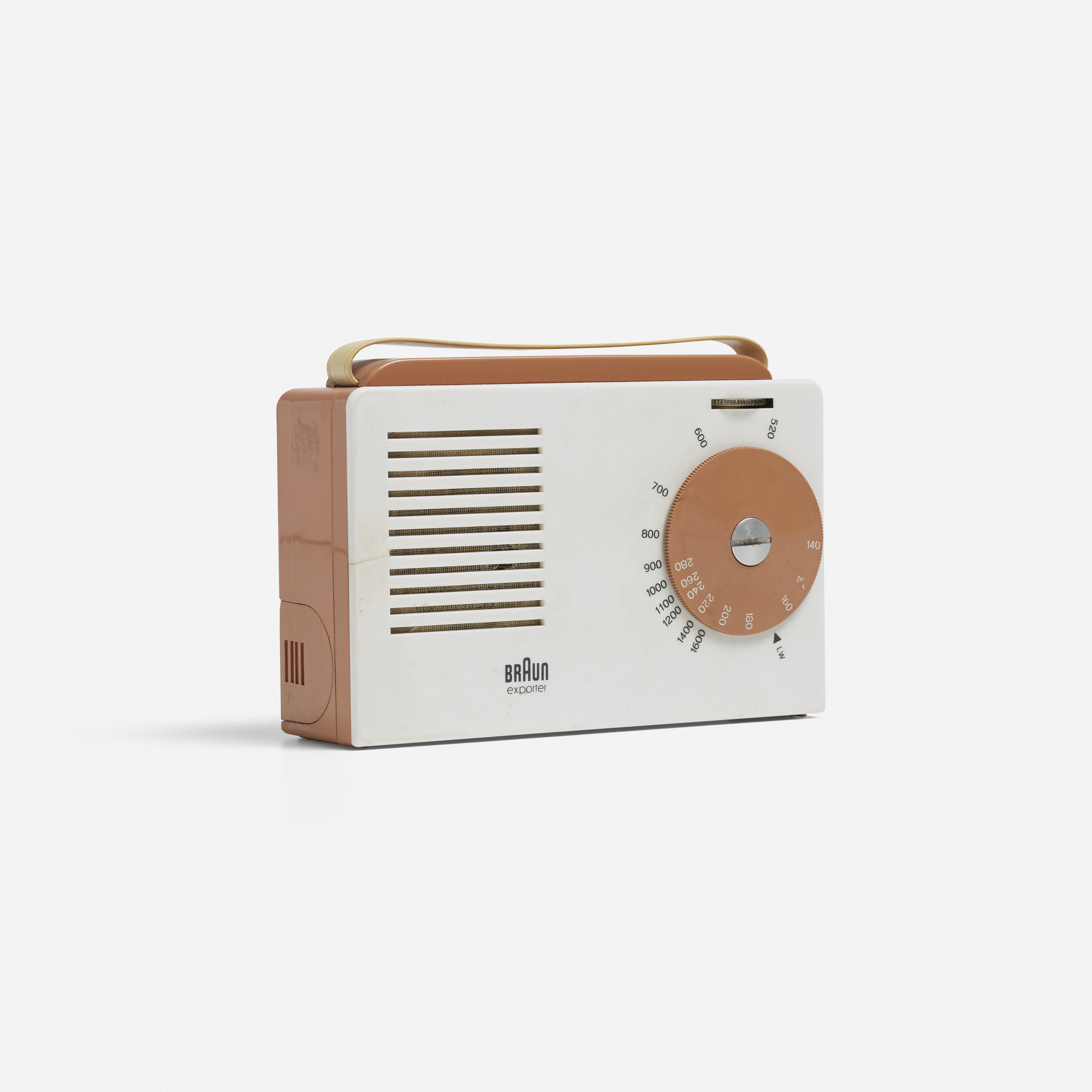 The principles forged at the Bauhaus, were later developed at the New Bauhaus in Chicago (1937)  and at the Hochschule für Gestaltung, Ulm (1953). Both these teaching institutions made important contributions to new thinking about the unification of design theory and practice in relation to industrial methods of production. Design principles forged in Ulm were under the influence of functionalist approach and rationalistic aesthetic of the 1960s and 1970s. This is a moment in history where machine aesthetic enters the public design domain and prevails over all other styles. It was the functionalism and rationalism in design that Dieter Rams embraced, and he eventually became a protégé of the Hochschule für Gestaltung in Ulm.

”The HfG is not just a school where you are educated in a special subject; the HfG is more like a community whose members share the same intentions: bestowing structure and stability upon the world around us.” – Tomás Maldonado, Inaugural speech of the Rector of the HfG, 1964.

In the late 1970s, Dieter Rams became concerned with the state of the world around him as it became “an impenetrable confusion of forms, colors and noises”. By that time, Dieter Rams was already a well known name, and an important contributor of the design world.

Dieter asked himself: is my design good design?
The answer is something that can’t be measured in a finite way, and that’s why he created the ten most important principles for good design. Today the principles are often call “Ten commandments”.

Good design makes a product useful
A product is bought to be used. It has to satisfy certain criteria, not only functional, but also psychological and aesthetic. Good design emphasises the usefulness of a product whilst disregarding anything that could possibly detract from it.

Good design is aesthetic
The aesthetic quality of a product is integral to its usefulness because products we use every day affect our person and our well-being. But only well-executed objects can be beautiful.

Good design makes a product understandable
It clarifies the product’s structure. Better still, it can make the product talk. At best, it is self-explanatory.

Good design is unobtrusive
Products fulfilling a purpose are like tools. They are neither decorative objects nor works of art. Their design should therefore be both neutral and restrained, to leave room for the user’s self-expression.

Good design is honest
It does not make a product more innovative, powerful or valuable than it really is. It does not attempt to manipulate the consumer with promises that cannot be kept.

Good design is long-lasting
It avoids being fashionable and therefore never appears antiquated. Unlike fashionable design, it lasts many years — even in today’s throwaway society.

Good design is thorough down to the last detail
Nothing must be arbitrary or left to chance. Care and accuracy in the design process show respect towards the user.

Good design is environmentally-friendly
Design makes an important contribution to the preservation of the environment. It conserves resources and minimizes physical and visual pollution throughout the lifecycle of the product.

Good design is as little design as possible
Less, but better — because it concentrates on the essential aspects, and the products are not burdened with non-essentials.Back to purity, back to simplicity.

Career of Dieter Rams was extremely successful and can be traced alongside with the success of a prominent company Braun, which he made famous. As head of design for Braun, with the post-war emerge of mass production, consumerism, capitalism and the success of Braun Company, work of Dieter Rams ended up in almost every house of an average customer. The machine aesthetic, functionalist approach to design with clean geometric lines and shapes was a trend in post-war design world, because the world after World War II was in need of cheap materials that could be easily manufactured and mass produced. This is one of the main reasons why machine aesthetic, as a legacy of Bauhaus, became one of the most prominent trends in design history and is still present today.

Design as a part of everyday life is important because poorly designed products that don’t answer to their primary function slow us down. In product design Dieter Rams showed us that capitalism need not produce poor quality products, and those are the underlying lessons that could one could take from his work.