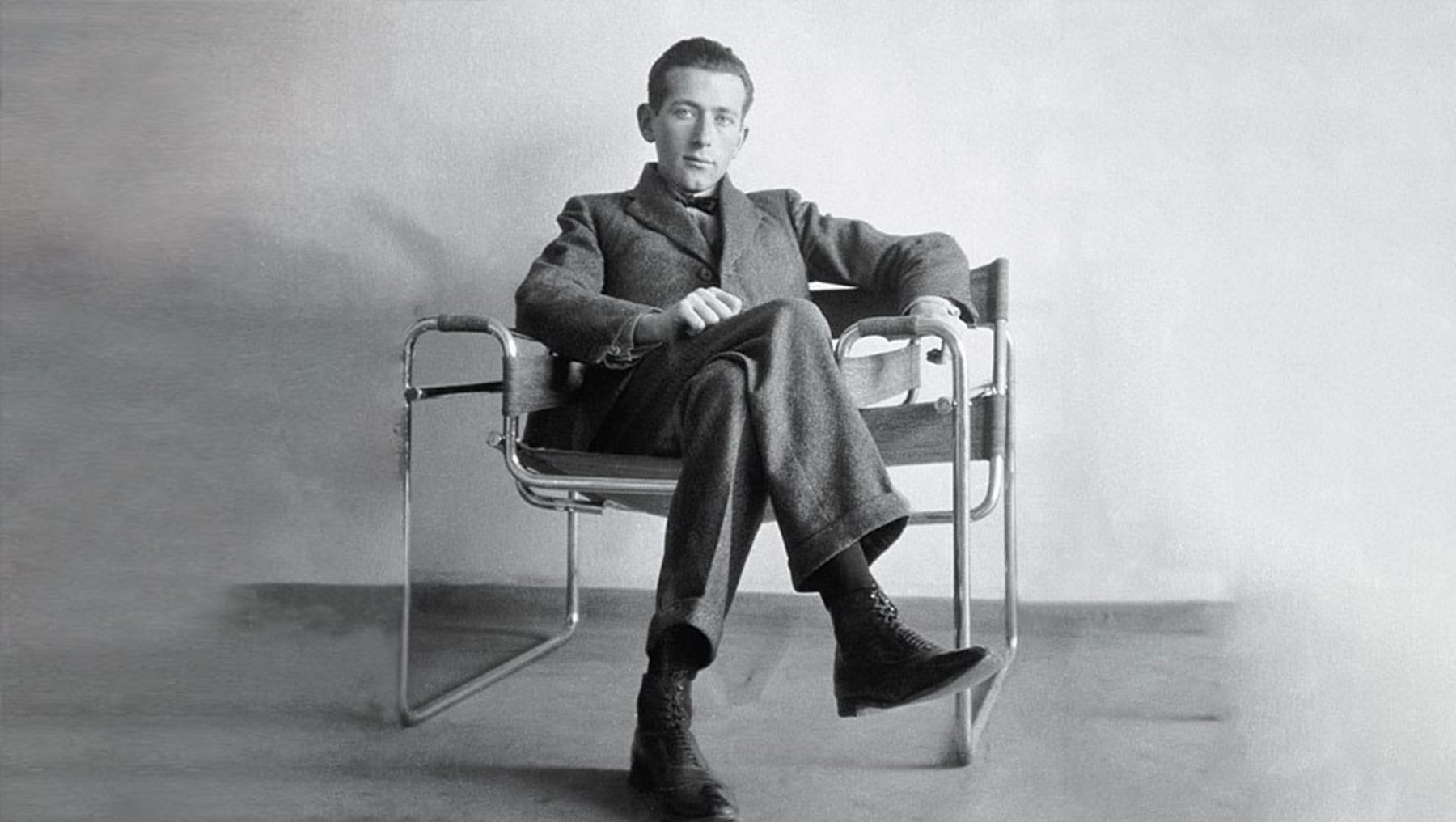 Last week, we talked about Pierre Jeanneret, and today we want to celebrate the work of another design icon of the 20th century – Marcel Breuer. His nickname among friends and family was Lajkó, but the rest of us know him as Marcel Breuer, the Hungarian-American designer whose career touched nearly every aspect of design, from kitchen utensils to the biggest buildings. His devotion to the lightweight/or even weightless furniture was embedded in his search for new and more minimized forms. Striping his furniture from everything unnecessary – giving it a feeling of “floating on air”. In certain forms, these concepts are still the basis for contemporary furniture design.

For many, the beginnings of Breuer’s success and design philosophy are closely tied with the Bauhaus school of art and design (we mentioned some of his works in our post about Walter and Ise Gropius). During his student years, and later on, when he became master of the furniture workshop at the Dessau Bauhaus, Breuer kept searching for new technology paradigms in order to create furniture flexible as space itself.

From the moment he arrived at the Bauhaus as an eighteen-year-old, Breuer’s interests moved quickly (from folkloric design, even film fiction) to being devoted to improving the present and constantly thinking about the future. Always the innovator, Breuer was eager to test the newest technologies in order to break with conventional forms, often with startling results.

One of his most iconic chairs is the famous “Wassily chair” named after Wassily Kandinsky, who taught at the Bauhaus.  When asked about the inspiration for this chair, Marcel Breuer replied that he was fascinated by this new Adler bike he had just purchased and he wanted to use tubular metal frames. Behind this unordinary concept are the constructivist theories of De Stijl movement, and the idea of reducing the classic club chair to its elemental lines. This chair was the epitome demonstrating the possibilities of modern industry applied to everyday objects. 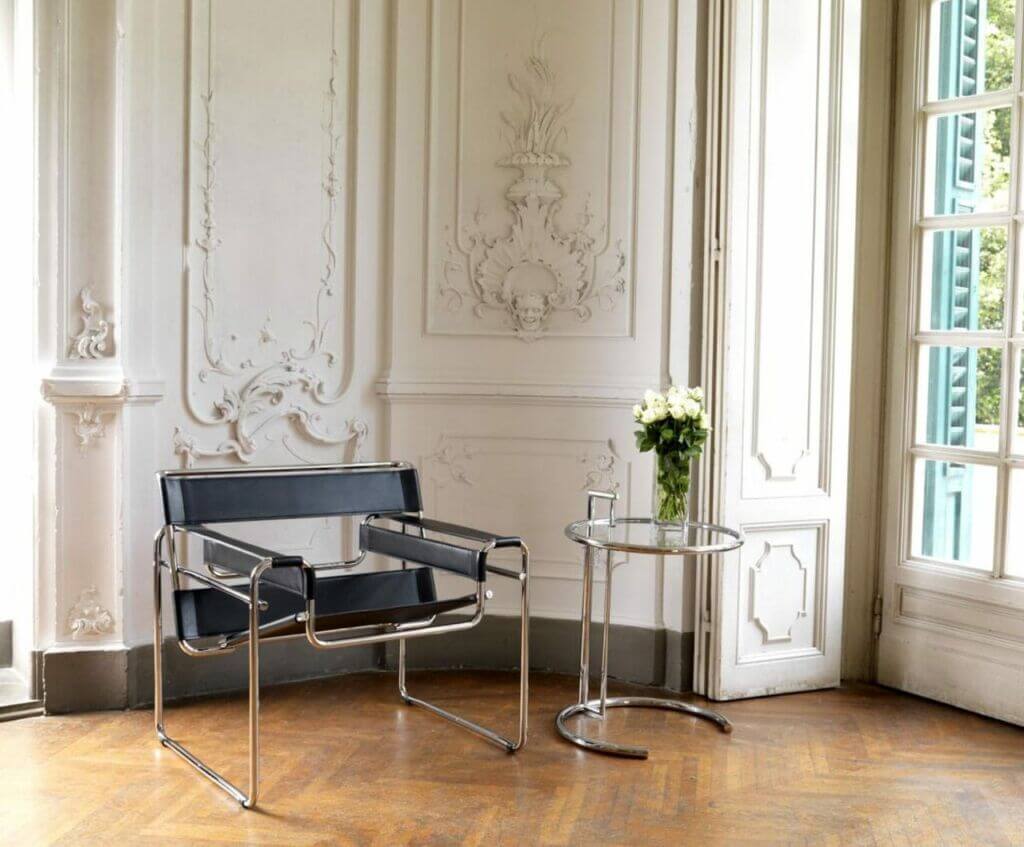 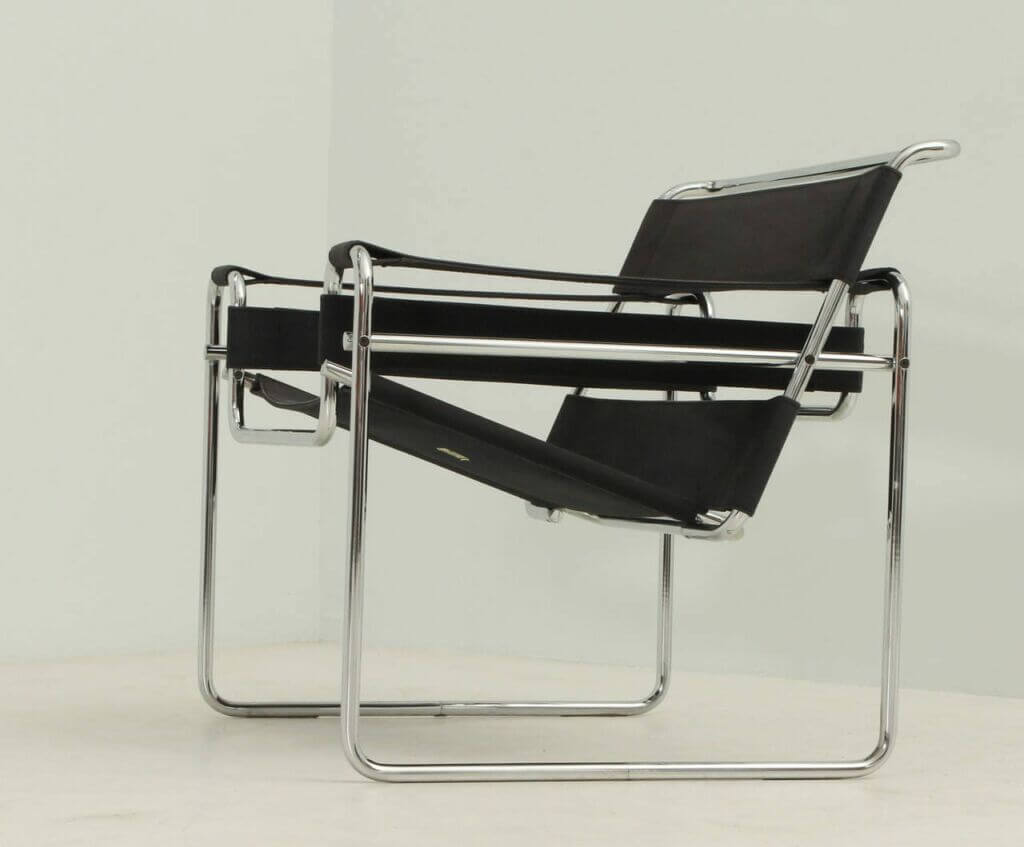 But the chair that brought Breuer the fame was the B32 chair. We’re pretty sure that at least once you came across this chair in some of its variations (B32 can still be seen in popular culture, or even while scrolling through social media).

The idea behind creating B32 cantilever chair and embracing tubular steel which could be bent rather than hammered in a form – was to create a feeling like “sitting on air”.

This chair was presented in 1926. after Mart Stam and Mies Van der Rohe introduced their versions of cantilever chairs. This new design was innovative in several aspects –  the sitter cantilevered over a void on a seat made out of bent beechwood and filled with caning – instead of the classic type of chair there a sitter is on four solid legs. The chair took little space and was so lightweight that it could be picked up and moved around with ease. The use of canes can be seen as evoking nineteenth-century bentwood furniture made by the Thonet firm (and back then in trend among modernist architects).

But today’s popularity of  B32 chair was not a path of roses. Breuer was denied legal ownership and patent for B32 due to complex series of lawsuits brought by Anton Lorenz (who had taken over Standard-Mobel company in 1928.) The reason for this lawsuit was the sale of Standard-Mobel company to the Thonet company. Anton Lorenz obtained from Mart Stam the right to produce cantilever chairs. Armed with this Lorenz sued Thonet asserting that by manufacturing cantilever chairs, they are infringing his patent rights.   Breuer referred to Lorenz as “patent brigand” and being generally tired of being dragged into court, he stopped designing furniture in tubular steel and turned to more natural materials such as wood.

He created the so-called “Long chair” with its bent frame of laminated birch wood supporting the timber seat and back. This chair was designed in 1935. during Breuer’s exile from Germany for being Jewish. The chair draws inspiration from Alvar Aalto’s Paimio chair that Breuer had an opportunity to see and admire in London. (You can read more about Alvar Aalto on our blog here). In design history, the Long chair is thought to be one of the highlights of interwar modernism.

But even though Lorenz legally obtained and produced cantilever chairs, in general to public opinion and in post-war publications, B32 was still considered Breuer’s. Finally, around 1962. the production of cantilever chairs resumed under his name. The 60s and 70s were also the years when the popularity of modernism in general and modernist furniture expanded and production skyrocketed!

Marcel Breuer continued his career of translating the aesthetic form he pursued in furniture to architecture. He realized interiors and building in order to create architecture that might float as effortlessly as a woman seated on a column of air. 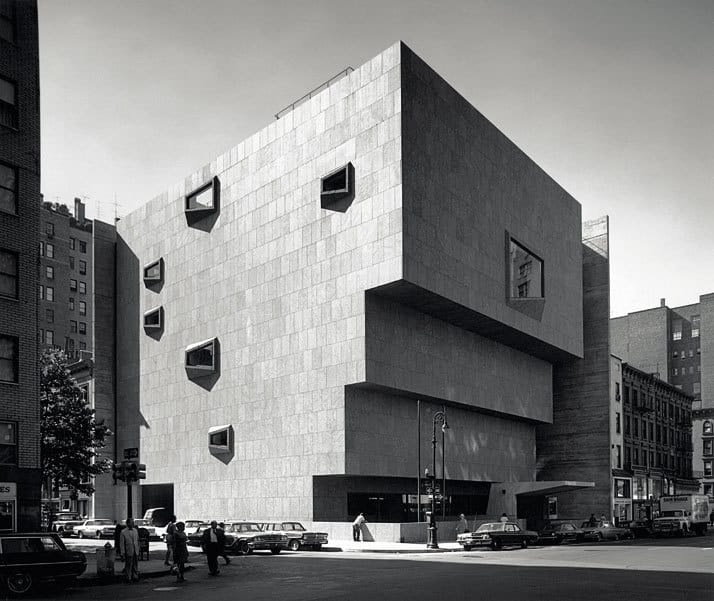 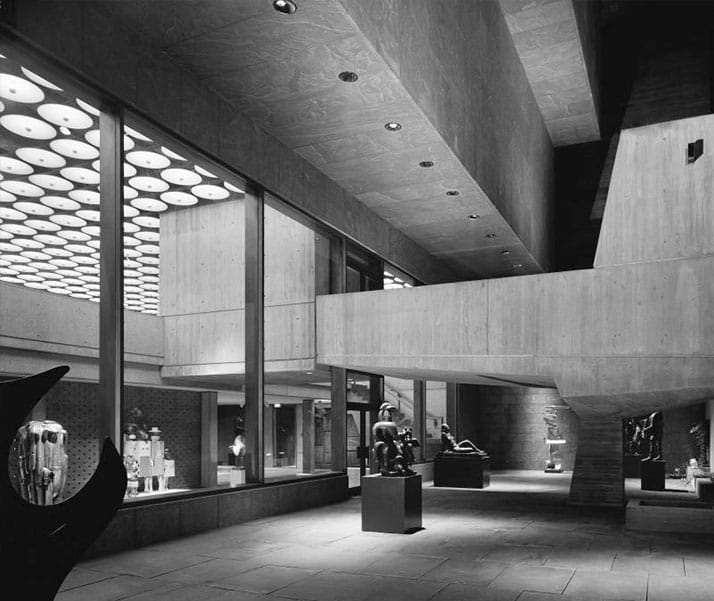 Interior of the Museum

As well as many of his colleagues from Bauhaus, Breuer eventually emigrated to America, and there his practice was given a huge boost and publicity. He was invited to exhibit a model house in an exhibition at the MoMA. His office was at its peak and maybe one of the most iconic architectural works he had done was the Whitney Museum of American Art. A pioneer of International Style known for working with steel and glass, Breuer grew to like concrete – and that made him one of the key figures of Brutalism. He counterbalanced this affinity with his love for wood and also created small-scale houses in traditional materials.  Today, Breuer is one of the most important and best-known figures associated with Bauhaus and is truly an icon of the 20th century without who the history of design would go in a different direction.