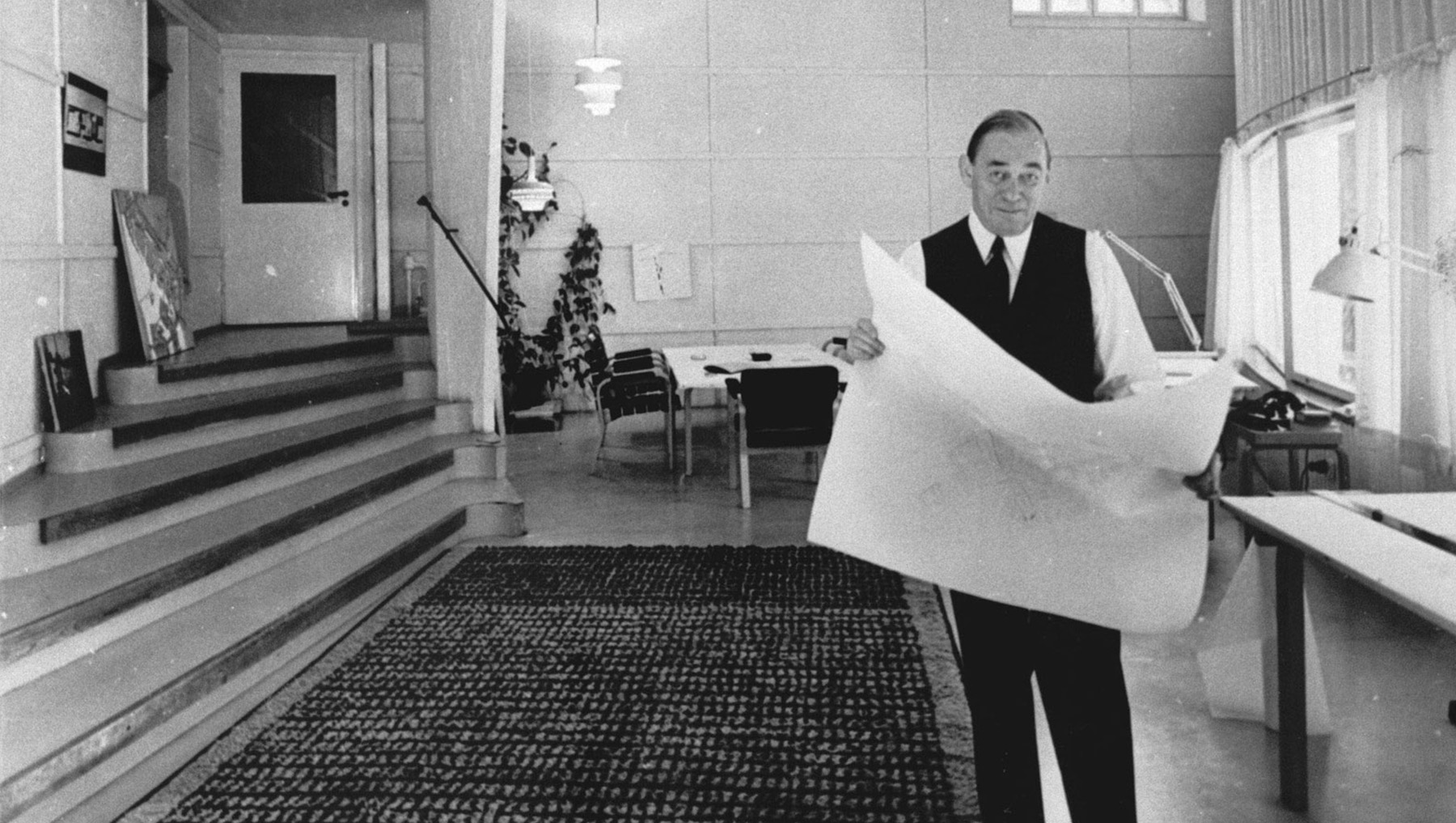 Alvar Aalto is one of the most famous architects and designers in the world. In 1921. He graduated from the Helsinki Institute of Technology and his career as an architect started. We wrote more about his exquisite career with Aino Aalto in another story, but this one is focusing more on Alvar’s career as an interior and furniture designer. 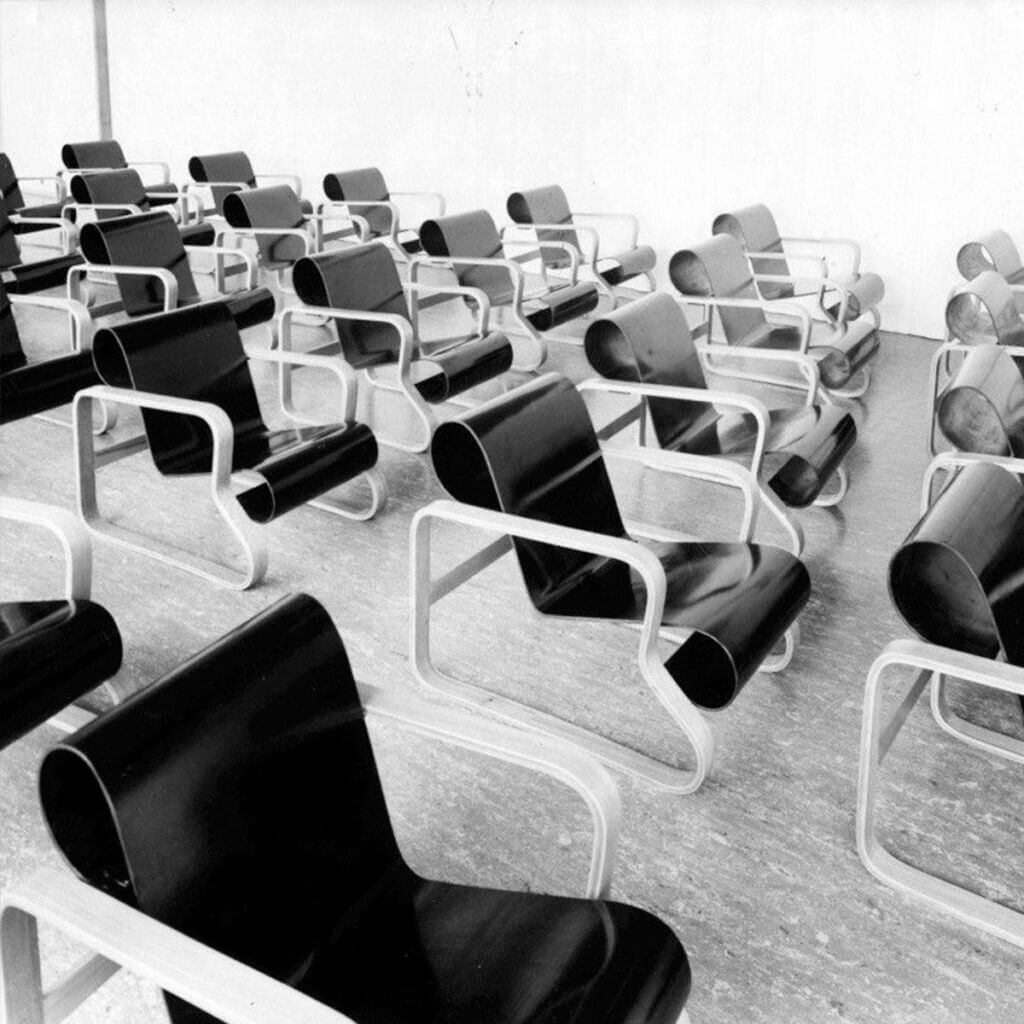 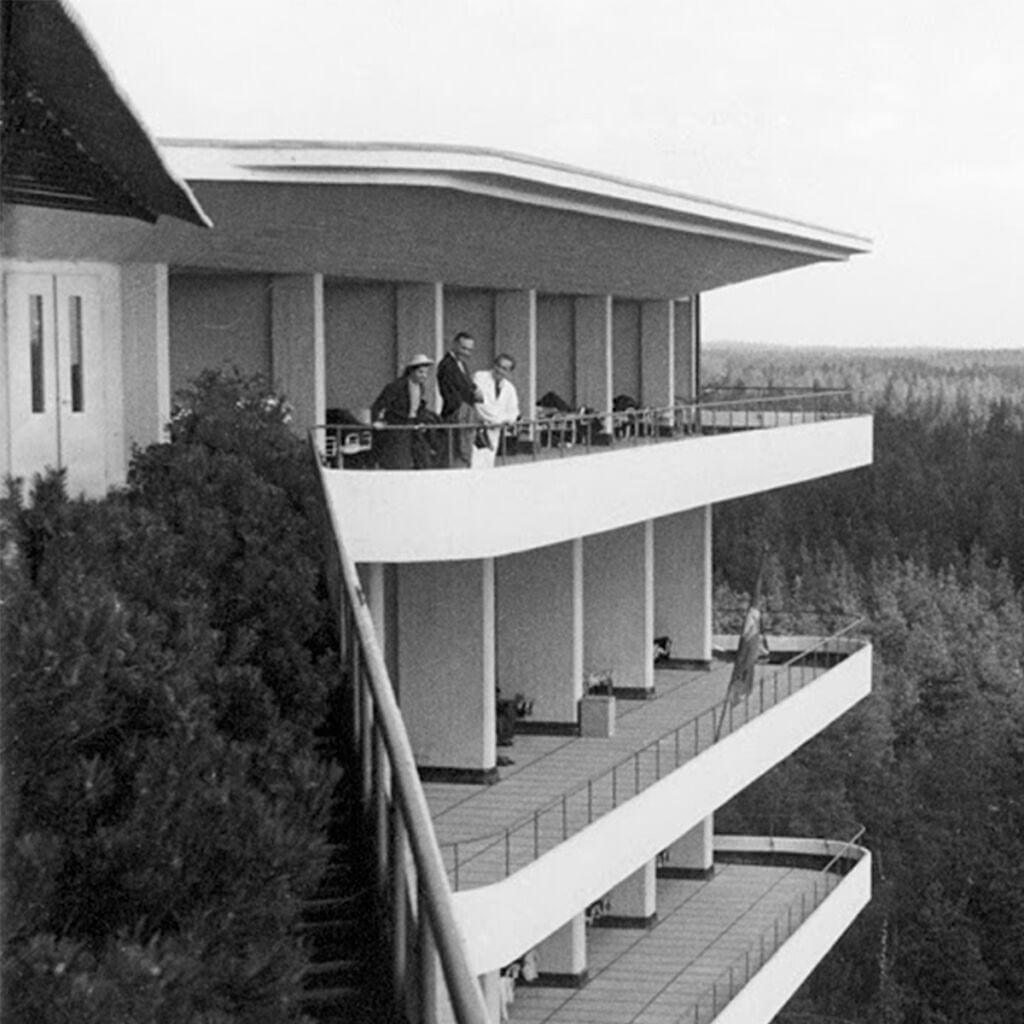 All disciplines are intertwined, and Alvar Aalto knew this very well. The first project of the total design was Paimio Sanatorium in Finland, which was planned, designed and furnished by himself, including lighting. Other important projects completed by Alvar Aalto are the Viipuri Municipal Library, Villa Mairea, La Maison Carré and the Finnish Pavilions for the 1937 Paris and 1939 New York World Fairs.

To the world of furniture design, Alvar Aalto is also known for his L-leg patent in 1933. Alto considered this his greatest achievement, even compared the L-leg system to the invention of the architectonic column.

Thanks to this, the legs of the product could be attached directly to the surface. In terms of furniture manufacturing, this concept is still used widely. In 1935 the Artek Company was established by Aalto and Maire Gullichsen, the wife of the industrialist and art collector Harry Gullichsen, to manufacture and sell furniture. The informal warmth of Aalto’s interiors is best seen in the much-admired country home Villa Mairea, which he built for the Gullichsens near Noormarkku, Fin.

He was a versatile designer with works in different fields and is also known for his lighting design which was very often site-specific, and later made for serial manufacturing. Alvar Aalto was also a glass designer alongside Aino Aalto and maybe one of the most known items is the so-called Aalto Vase or Savoy vase which was and still is one the most iconic items of Finish design.

Aalto’s international reputation and legacy rest on a distinctive blend of modernist refinement taste, new materials and personal dedication to form and detail.

Alvar Aalto’s work is maybe the best example of 20th-century Scandinavian architecture and the epitome of the style, as he was on of the first to depart from clean cuts and geometric shapes which was common in the early period of the modern movement. He started bringing to the surface personal expression, fluid movements and stressing out the value of informality.

He wrote little to explain his work, but the chosen style and sense of direction tell us about his lively temperament, free from dogma and monotony. It is said that Aalto’s creation expresses the spirit of Finland and Scandinavia.

Contemporary Scandinavian brands we have available at GIR Store such as Muuto, Menu, Ferm Living all symbolize that Scandinavian spirit and design legacy that we owe in great part to this icon of the 20th century.

At GIR Store, among many other books, we have a book Alvar Aalto, Alvar Aalto: Second Nature from the exhibition with the same title that was organized at Vitra Design Museum. You can scroll through and see in print some of Aalto’s finest designs. Visit us at Trešnjinog cveta 5, Belgrade.