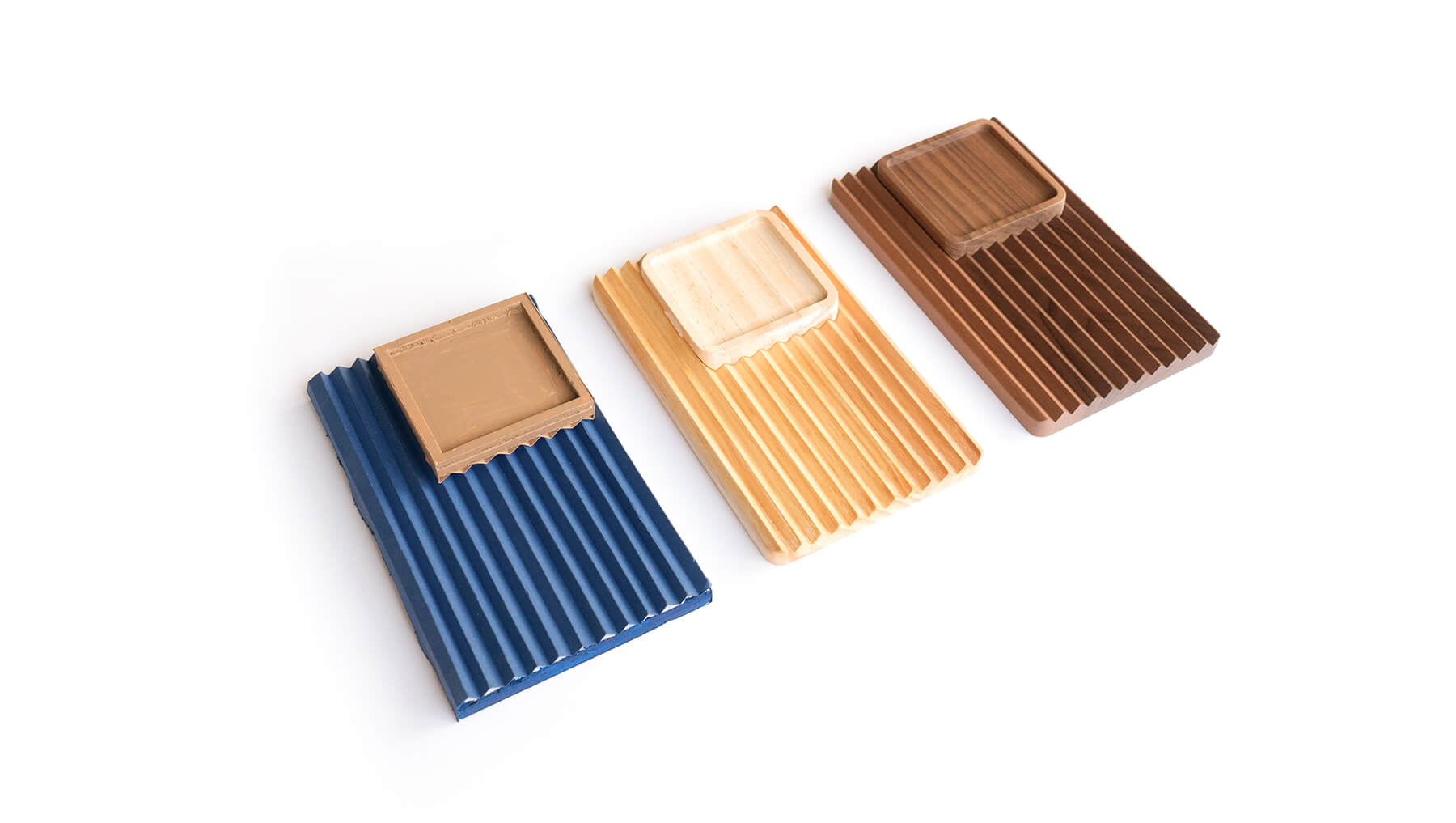 Carlos Jiménez is a designer from Almería, Spain where he is currently based. Passionate about art and design since he was a child, in 2008 he began his studies in Málaga. Three years later, in 2011, his passion for Scandinavian design made him move to Sweden. Since then he has been living in Sweden, Vienna, and Copenhagen. During these 8 years, Carlos never stopped working on different projects: product design, furniture design, lighting design, interiors, transportation, graphic design, branding…

For our brand, Carlos Jiménez designed a collection of wooden trays called Lands for which we were awarded the Red Dot Award in category Product Design. We used this opportunity to do an interview with Carlos and tell you more about Lands collection. 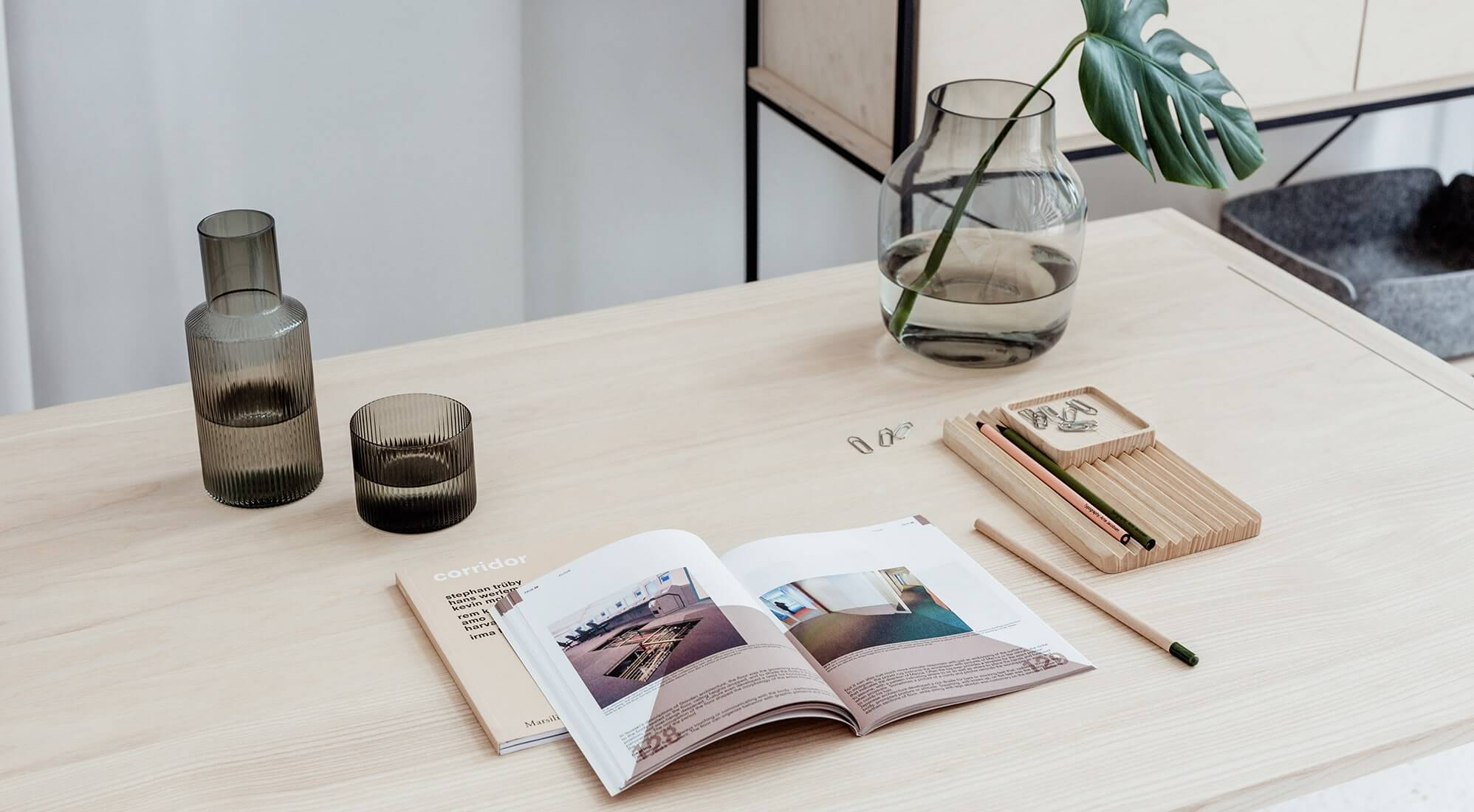 One day, around three years ago, I was sketching different lines patterns inspired by the way olives trees are grown around Andalucía, the region in Spain where I’m from. These olives trees are easy to find when driving around Granada, Málaga, Jaén and Córdoba, different cities from Andalucía. But they are even more impressive when they are seen from the air. Málaga’s airport is the biggest one in Andalucía, so when I have to take a plane, I normally have to go there. And, when taking off or when landing, these trees are always easy to see. 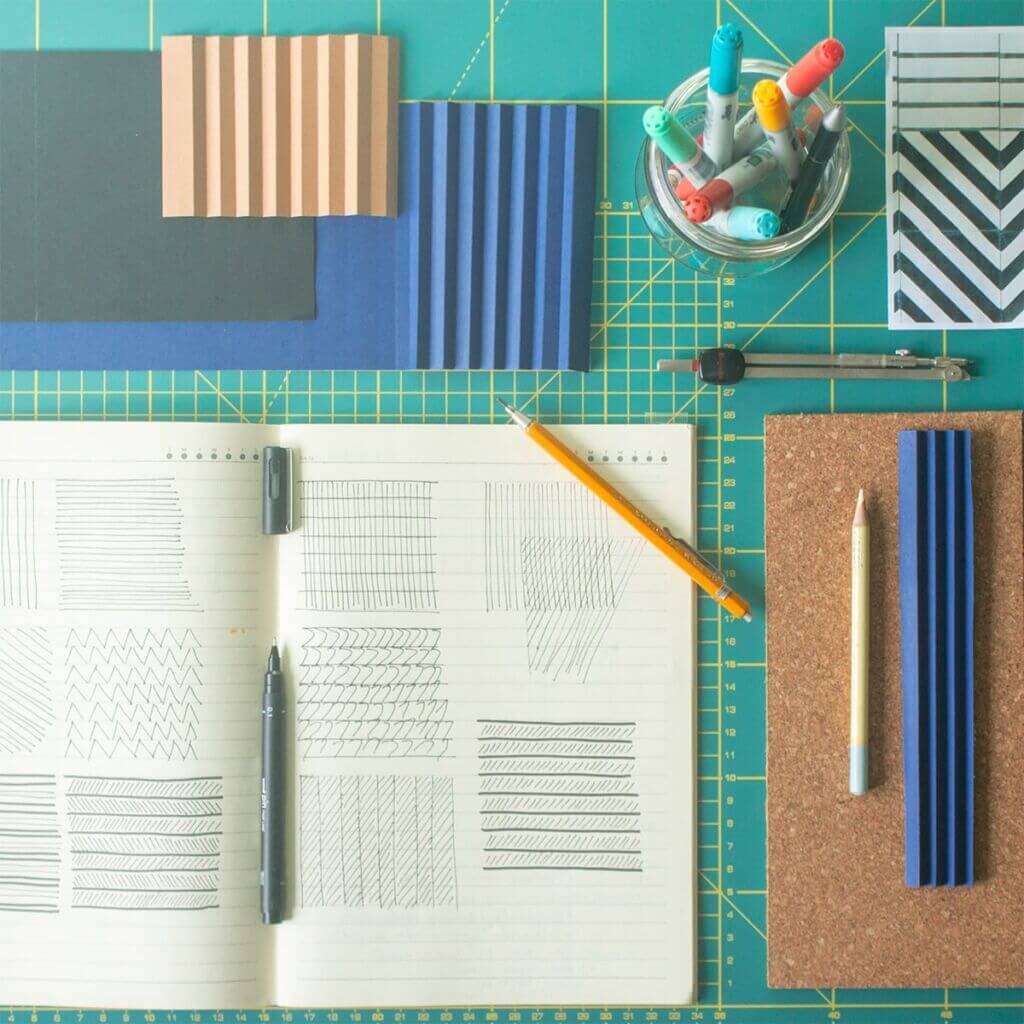 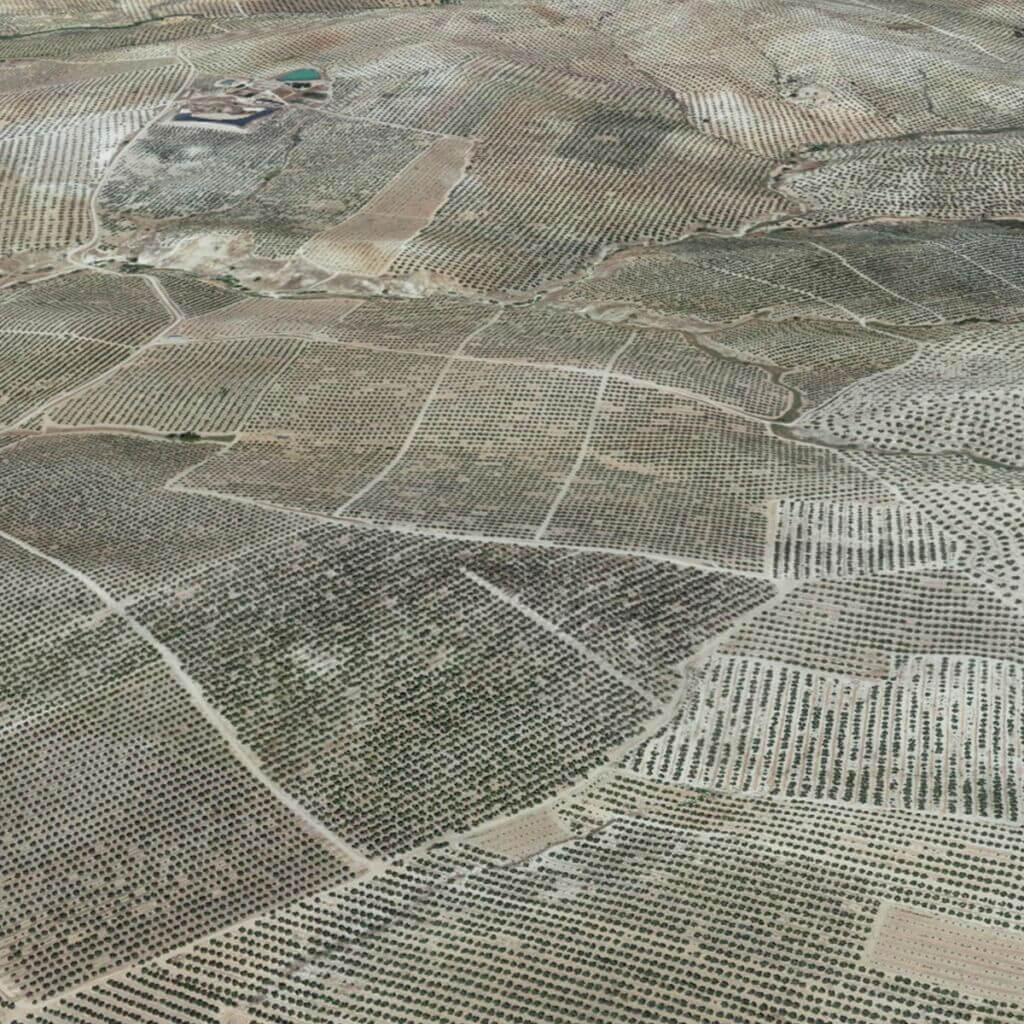 From those early sketches, I started thinking about applying those lines into an object and the idea about a collection of trays came out. Then, sometime later I decided to test that rough idea with some paper models. So, I spent around two days folding and gluing papers to test sizes and how it could work. It was nice, but I left those paper models to rest for a while. 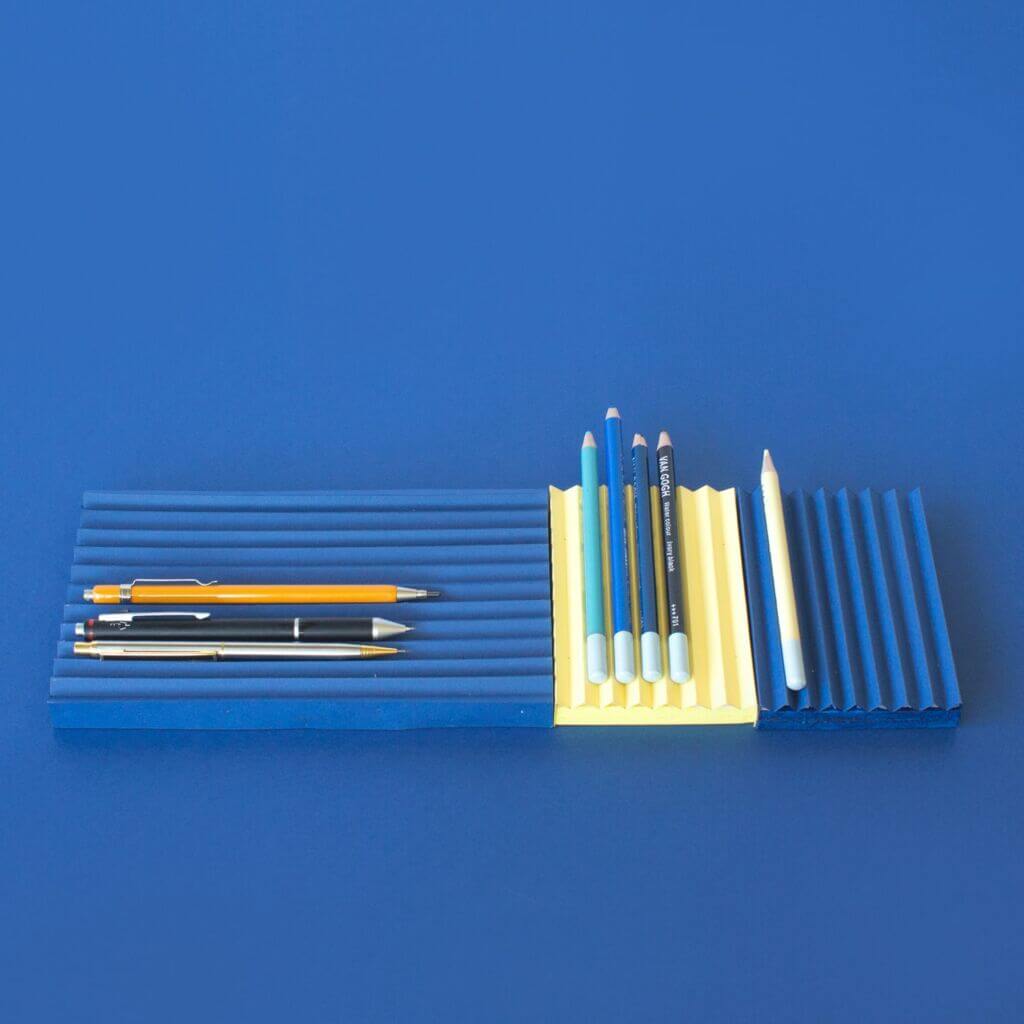 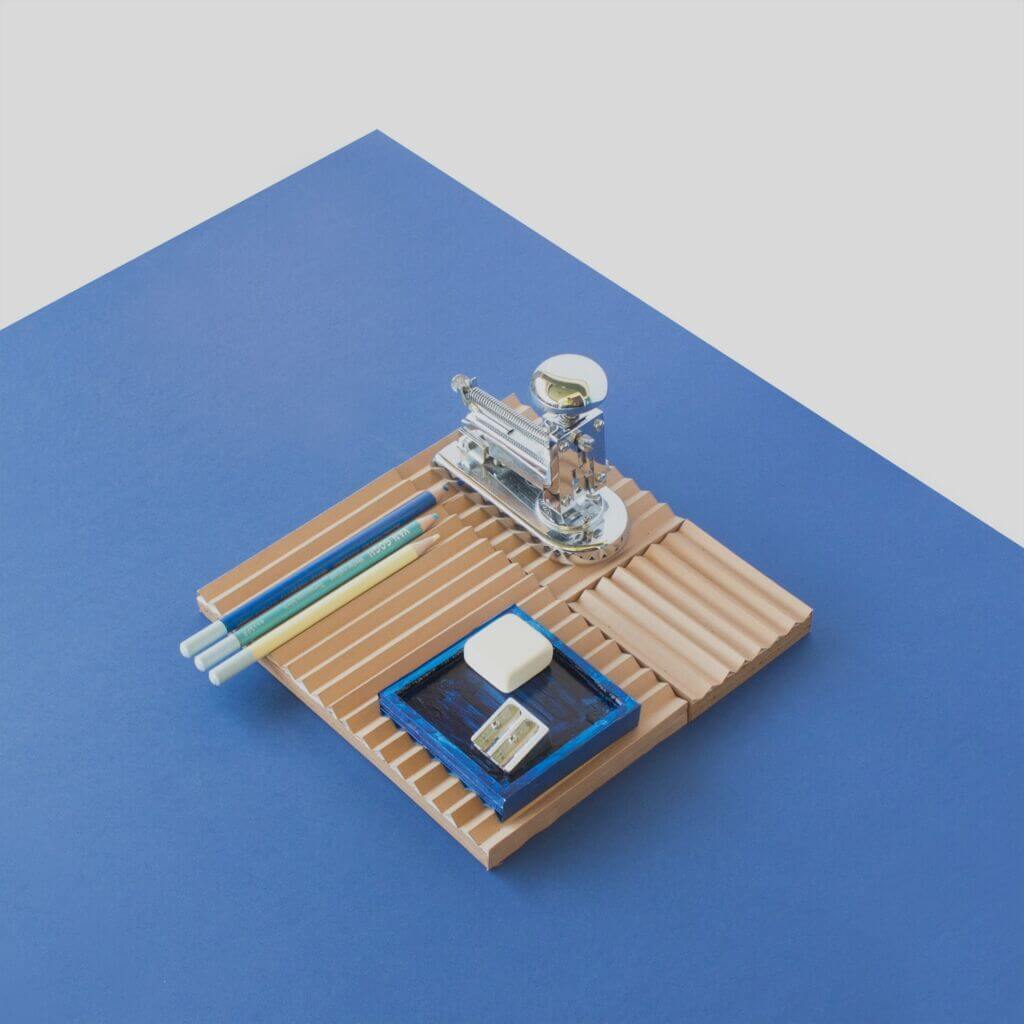 After a while, I decided to test the product with a wood prototype. I was searching for different kind of woods and carpenters with a CNC machine around Andalucía and it was quite difficult to find someone that could make just a few pieces… Finally, we were able to find a carpenter that could make some pieces in pine wood. After some trials, we got something good enough. These prototypes were around the home for a long time. I also knew that there were some similar products in the market that use the “teeth mechanism” so I made a research in order to check that there were no exactly the same products. 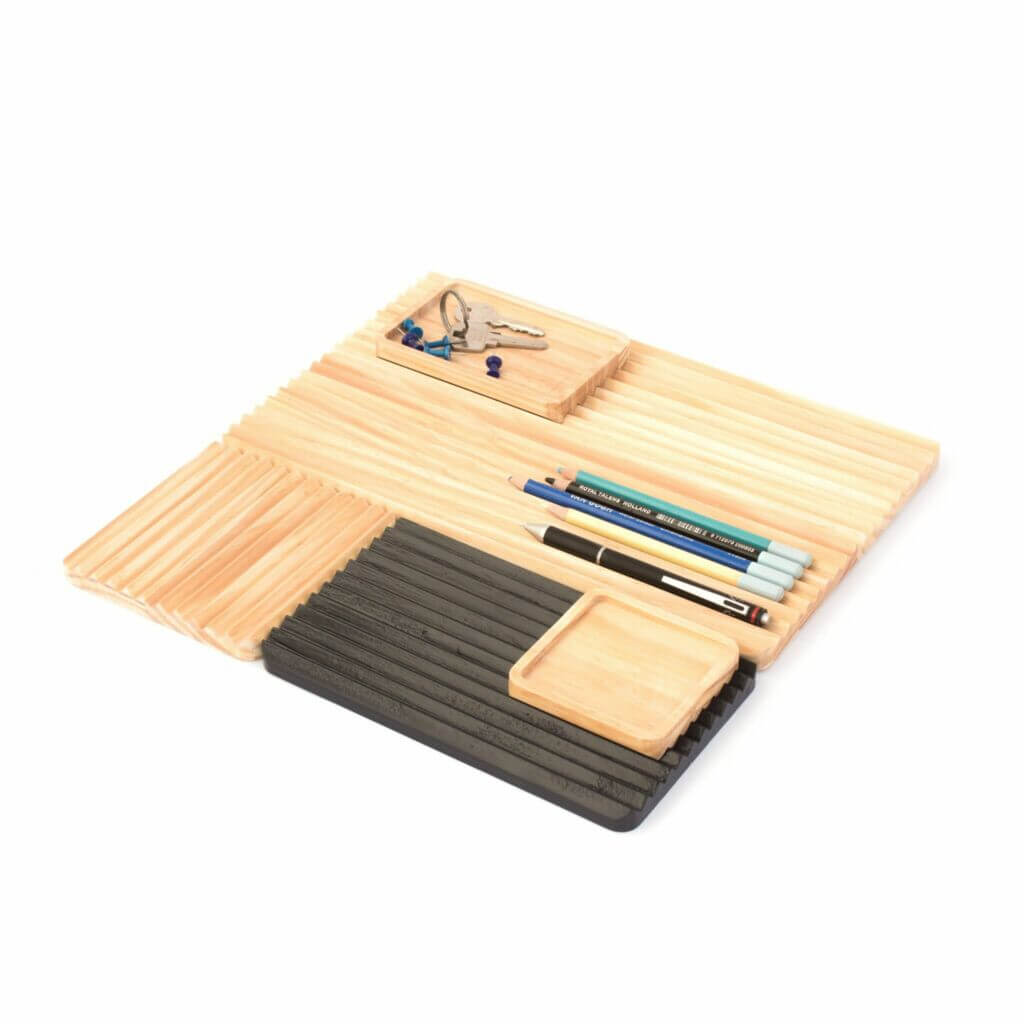 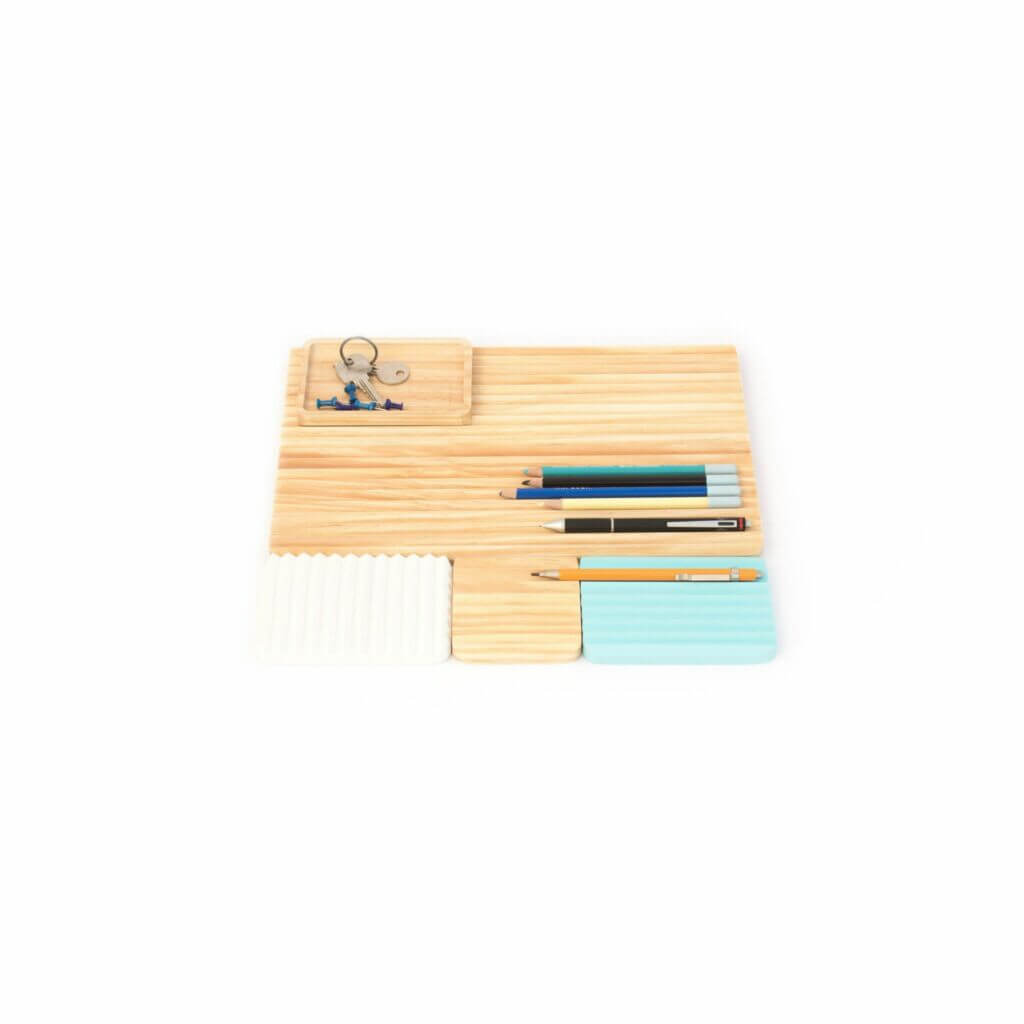 I found out that there were no products that could be used on both sides, so I decided to start looking for a producer. At that moment, after summer 2018 I heard about GIR and we started talking about this project. After some decisions, we started working on it. Around one year later, and, after deciding finishes, sizes and packaging, the collection reached the market.

There was no specific function. When I made the paper models, I was taking some different photos of them and, at that moment, I realized that the trays could be used for (almost) endless uses. I suddenly found myself placing pens, keyrings, sunglasses, painting tools, clips… so, actually everything could be placed there.

About my way to see the design I really like the sentence from Massimo Vignelli that says “If you can design one thing, you can design everything”. For me design is a process that starts with an idea inspired by something (a feeling, another object, a way of using something…) and then it evolves into new ideas through sketches, mock-ups, etc. until it becomes a product. And that product can be a bike, a chair or a collection of trays.

Regarding my influences, I think that for me it was important when I discovered the work from Jaime Hayón. Looking into the design history, I like Gaudí because of the shapes and forms of his work and also because “art nouveau” artists used to work in all different fields (architecture, design, interior design, art…). Thinking in that direction, I also admire the work of Ray and Charles Eames. They also worked in many different projects and fields.

When I started thinking about a name for the collection, I wanted to find something related to the inspiration behind the design. I remember I was thinking about different words such as “Fields”, “Landscapes”… And I know I even made a list but I cannot find it now. After evaluating all the options, I decided that Lands was the best.

After making the paper models, I knew that this product could be easily made with a CNC milling machine. It was just about finding the right people to make it fine work. However, as I mentioned before, when I tried to find those right people around here to make those first prototypes it was quite difficult. The first trials were a complete disaster and we had to make many trials.

When I started working with GIR everything was much easier. From the first moment, Bojan knew that they could make this in an easy way and with really nice finishes. Now, you can just check the product, the finishes are perfect, the wood is smooth and nice. So, even being as simple as a wood board with lines, people can appreciate the meticulous craftsmanship of each piece.

One challenge for me was making those first prototypes. Then, another challenge was being sure that there were no exactly products in the market. I knew that I was not inventing that thing about the teeth, so I wanted to be sure that the feature of having the possibility of using both sides was something unique.

Finally, another difficult challenge was deciding the number of trays and the finishes. Here I work closely with GIR team in order to find the best options.

After that, we also tried to create a nice packaging. When GIR team told me about thinking ideas for the packaging I thought about creating something that could tell the story about the product. I think that the result was also nice. In the end, it is a product where we thought about every detail.

We all hope that Lands we’ll keep growing. We don’t know yet if it will come with more products, finishes, sizes or how exactly… but we know that it is a collection that is ready to grow up.

Lands collection of wooden trays is available in Ash and in Walnut and you can order it online at GIR Store.