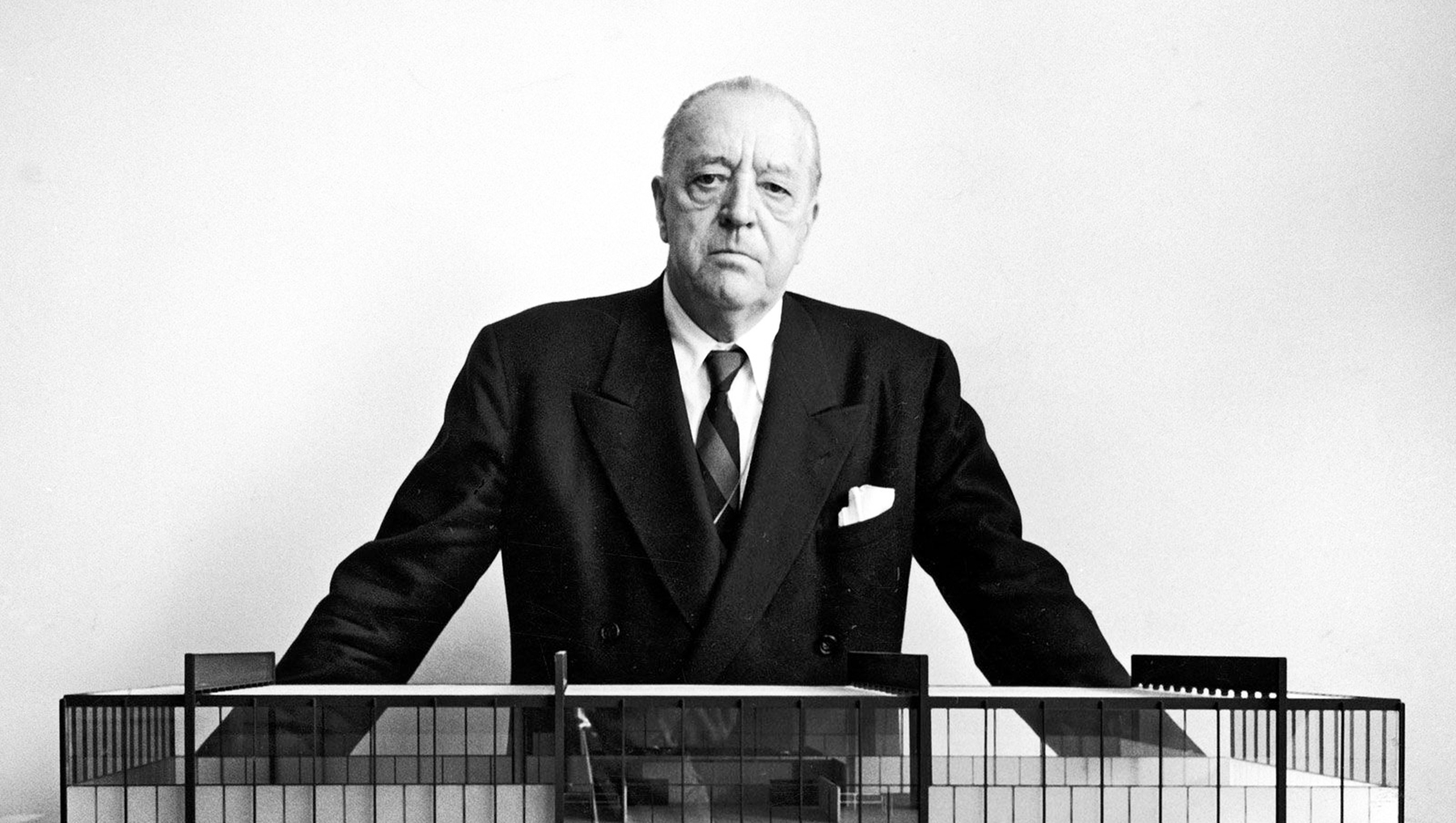 First coined in the 18th century by an English poet Less is more would go by relatively unnoticed for nearly two centuries before finding resonance with German architect and designer Ludwig Mies van der Rohe. As a leading figure of the Modernist movement, Mies found new meaning in the phrase, applying it to new realms and pioneering new modes of thinking for generations to come.

Ludwig Mies van der Rohe (27 March 1886 – 17 August 1969) is one of the most influential architects of the 20th century, known for his role in the development of the most enduring architectural style of the era: Modernism. Born in Aachen, Germany, Mies’ career began in the influential studio of Peter Behrens, where Mies worked alongside other two other titans of modernism, Walter Gropius and Le Corbusier.

Mies began to develop this style through the 1920s, combining the functionalist industrial concerns of his modernist contemporaries and an aesthetic drive toward minimal intersecting planes—rejecting the traditional systems of enclosed of rooms and relying heavily on glass to dissolve the boundary between the building’s interior and exterior. The decade was bookended by his proposal for the Friedrichstraße skyscraper, an unrealized all-glass tower designed in 1921 which cemented his fame within the architectural avant-garde, and by his 1929 German Pavilion at the Barcelona Exposition (more commonly known as the Barcelona Pavilion) which remains one of his most well-known and popular works. 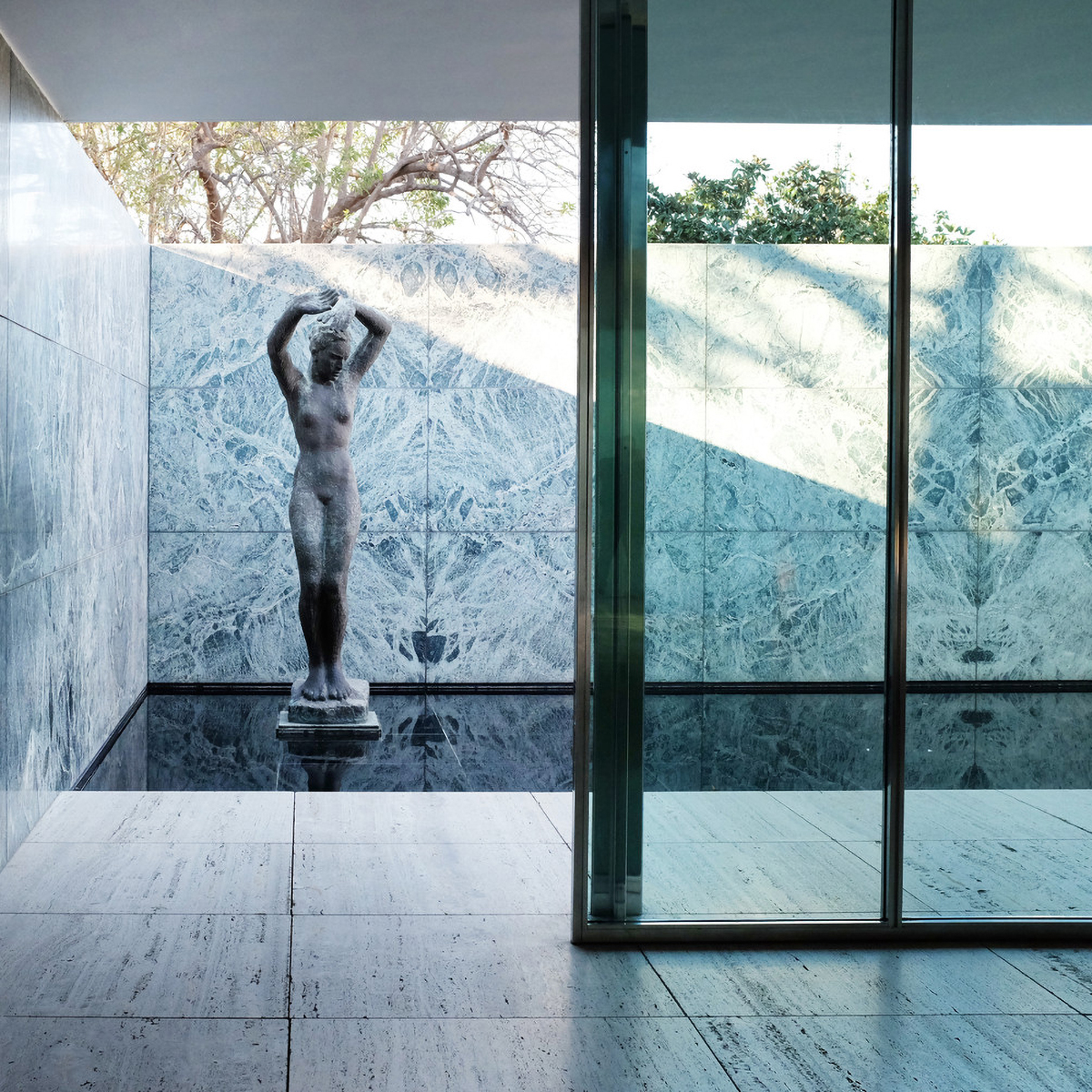 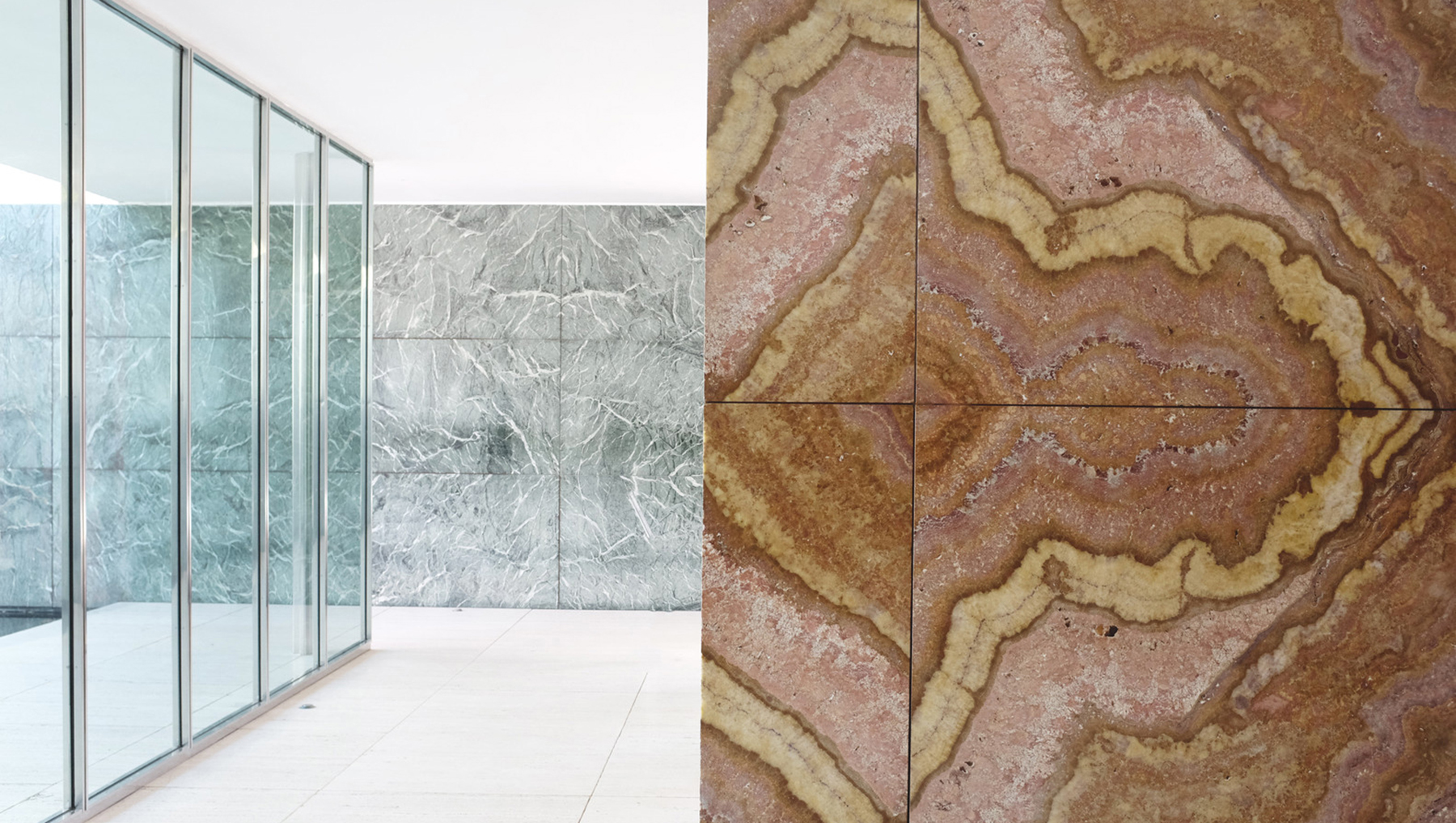 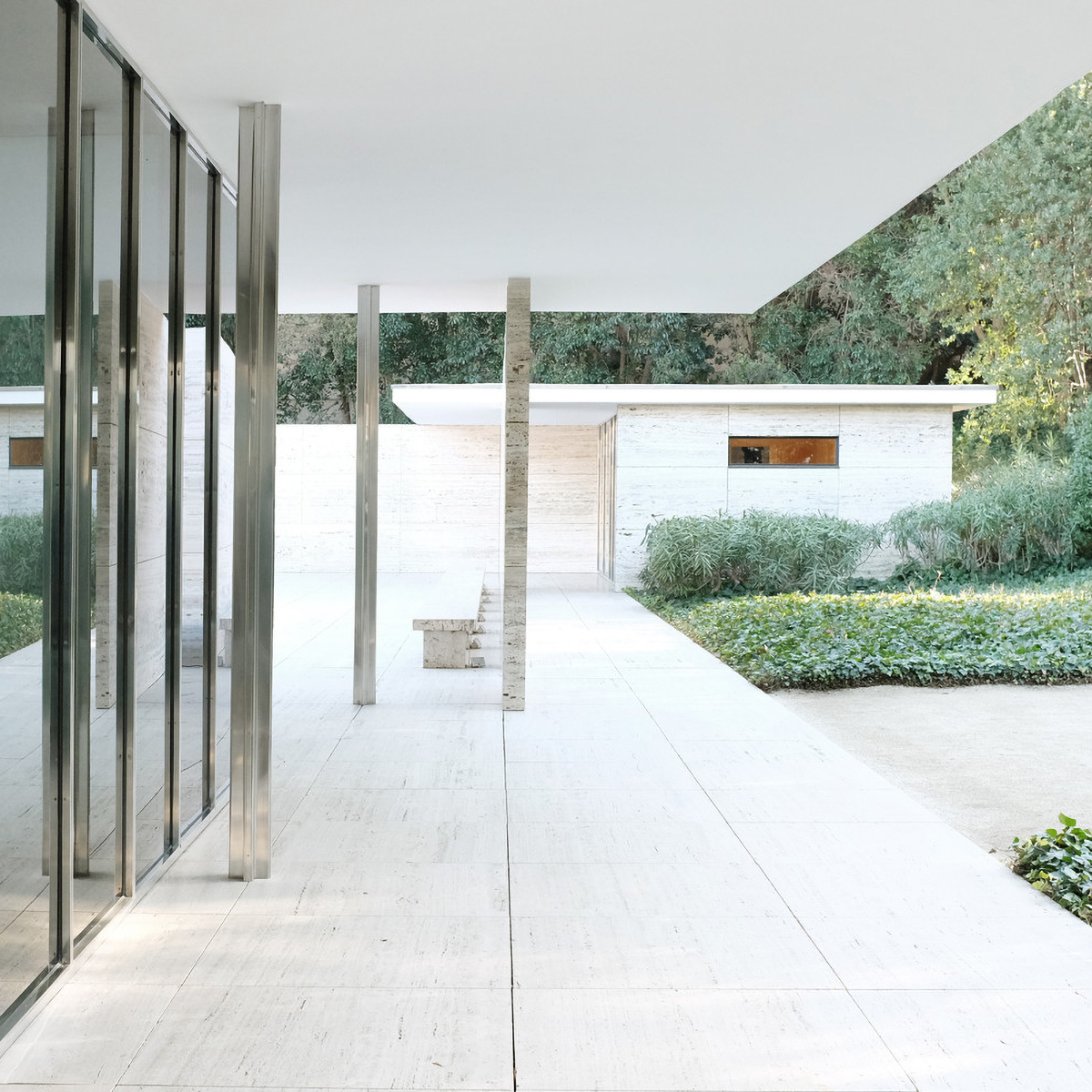 Barcelona Pavilion came as the synthesis of extensive research on the home, breaking ground in both architectural composition and constructive techniques. The most revolutionary among them include: the steel pillar in a cross format, the separation of environments through independent partitions encouraging movement, and the delineation of the home from the street to create a completely isolated environment.

In 1930, Mies took over from Hannes Meyer as director of the Bauhaus – the school founded by and most commonly associated with its founder Walter Gropius – serving as its leader until it was forced to close in 1933 under pressure from the Nazi government. In 1932, the work of Mies formed a cornerstone of the Museum of Modern Art exhibition on “The International Style”curated by Philip Johnson and Henry-Russell Hitchcock, an exhibition that not only reinforced Mies’ role as a leader of the modernist movement, but also brought the movement itself to a wider, more international audience.

After the closure of the Bauhaus and the continued rise of the Nazis in Germany, Mies found work in his home country increasingly difficult. He eventually decided to emigrate to the United States in 1937, where he settled in Chicago and became the head of the Illinois Institute of Technology. During his 20 years at IIT, Mies developed what became known as “the second Chicago school of architecture.”

The examples of Van Der Rohe architecture, that helped define his buildings: a single space defined by its simplicity and planar roof — a sort of modern, covered square, are : Chicago’s Crown Hall (1950 – 1956); the Illinois Institute of Technology; the Convention Hallof Chicago, which was never built; the Neue Nationalgalerieof Berlin, which the architect saw completed shortly before his death and would consecrate his vision of Less is more.

Last but not least is the always iconic Farnsworth House : a weekend home conceived by Mies as a forest escape. The home, designed and built between 1945 and 1951, consists of two horizontal floors with glass walls surrounding the property, where the only privacy from outside is found in a central volume reserved for the restroom.

Over the course of his career, Mies van der Rohe dedicated himself not only to architecture, but also the design objects that were destined to fill the interiors of his countless projects. Among these, the Barcelona Chair, originally created for the German Pavilion of 1929, is still in production by Knoll, who bought rights to the design in 1953. Even here the principle remains the same. A polished chrome frame, inspired by the form of scissors, is met with a quilted leather cushion where 40 squares are cut and sewn by hand.

Today it is the uncontested monument to  calmand effortless elegance – almost a  cult  object for connoisseurs and yet, at the same time, so well known to millions that it may safely be used in all kinds of advertisements as the unmistakable sign of quality.

Thanks to Mies van der Rohe, we’ve learned to surround ourselves with simple, sober, and essential spaces, adding substance to our lives and placing faith in quality over quantity. Today, it would seem that Less is more attitude is more important than ever – both in architecture and everyday life.

Mies van der Rohe died on August 17, 1969 from esophageal cancer caused by his smoking habit. After cremation, his ashes were buried near Chicago’s other famous architects in Chicago’s Graceland Cemetery. His grave is marked by a simple black slab of granite and a largehoney locust tree.