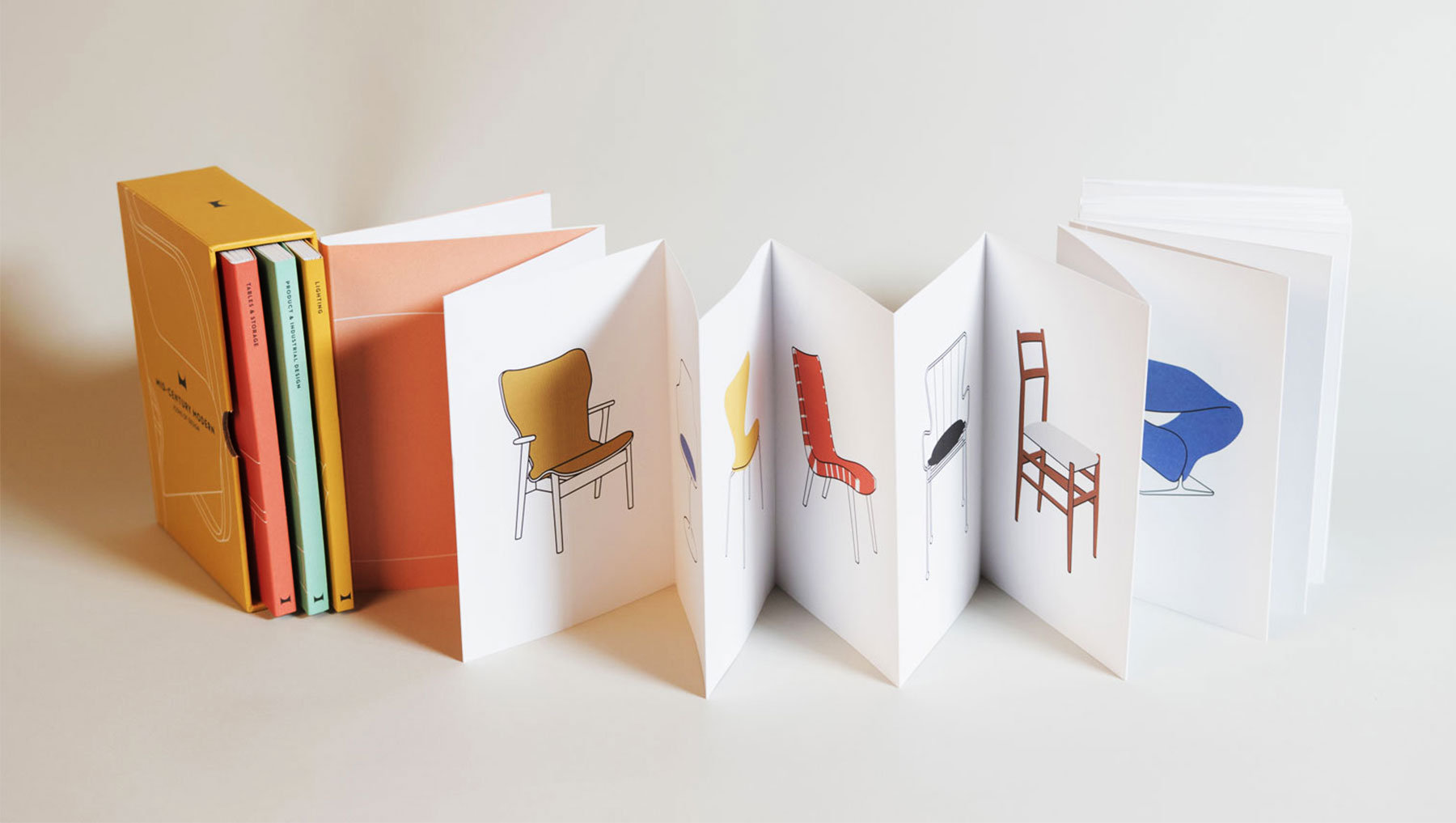 This story is about giving new meaning to throwbacks that never go out of style. Inspired by the golden age of advertising in the ’50s and 60’s, we decided to go back and take a look at mid-century modern furniture design in popular culture. Mid-century modern design is defined by clean, sleek lines with minimal ornamentation and a design philosophy that bridges together form and function.

Whether you are a fan of mid-century design, or you love a more contemporary look, we must admit that the legacy of modernism is omnipresent in our everyday lives in: furniture, accessories, art, even kitchen appliances, our phones and computers. But what exactly made mid-century modernism so great?

To answer this question we must go back to the 19th-century and the popular Arts & Crafts movement where the taste was to bring as many ornamental details as possible. The overall experience and the complexity of ornaments in design was seen as the ultimate proof of craftsmanship. In this climate and taste, the furniture and interiors looked a lot different than the ones that surround us today. The big change happened around the beginning of the 20th century where new ideas and design theories originated to respond to the needs of the consumer and the needs of this new world.

In industrial design, the link between concept, planning and the final product is divided by a series of different activities that require different professional abilities, from marketing to manufacturing. The final designer product is not a property of an individual but a product of team members where every member has a certain idea about how the product should look. This is the same concept originated back at the beginning of the 20th century and the same one we live by today with our own manufacturing. It’s important to emphasize that one cannot understand a certain designer product without familiarizing himself with the sociological, economic, political and technological context of the time it was created. With the October revolution came constructivism as a response – an ideology that took the best from cubism, suprematism, and futurism with a goal to create a new approach. 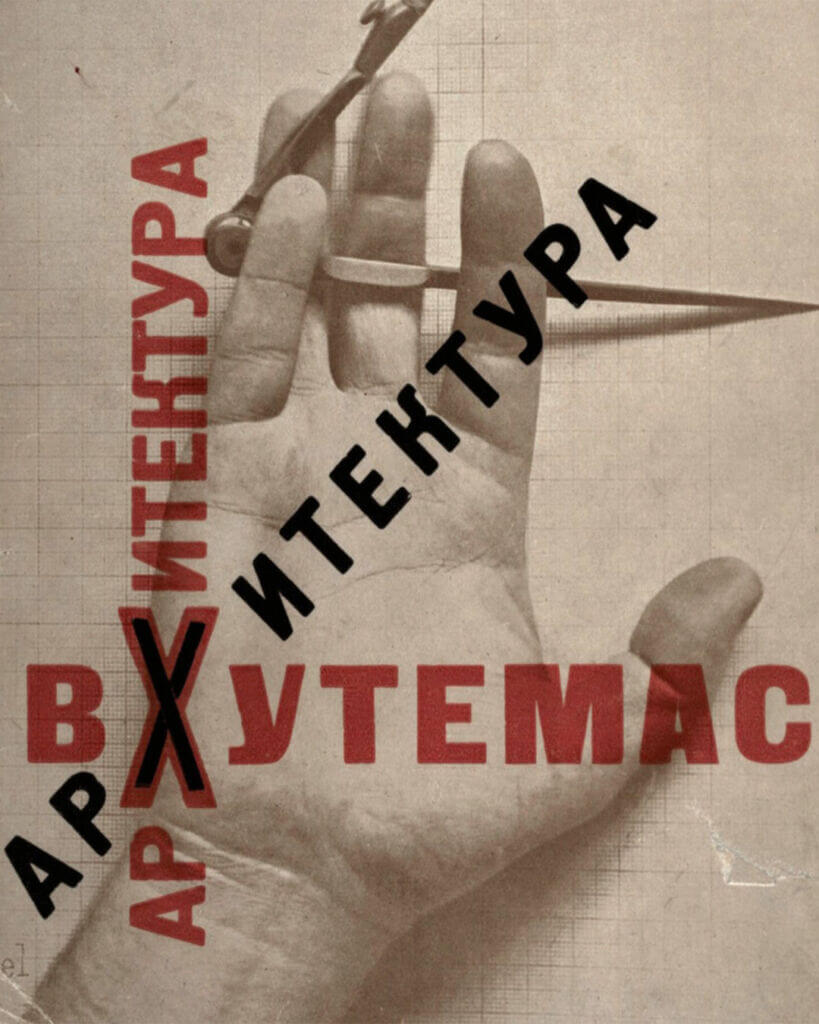 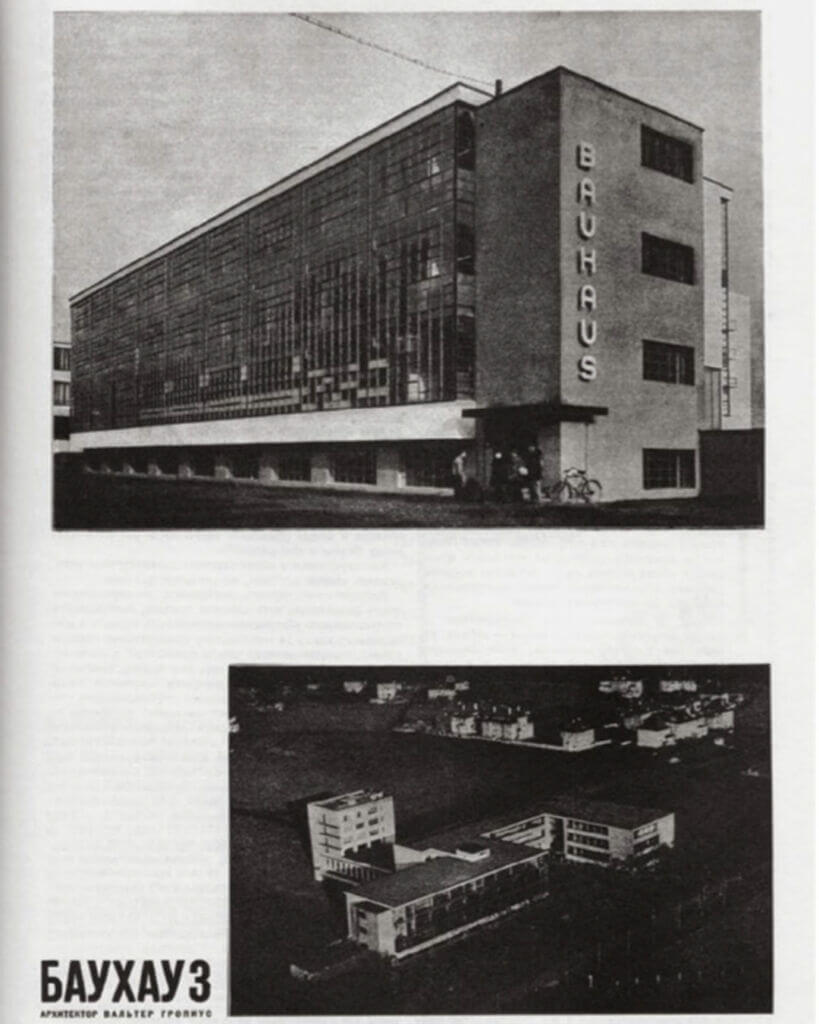 Combining ideas of futurism, international constructivism, cubism and suprematism and learning from their mistakes, VKhUTEMAS School of Art and later on Bauhaus school of Art and Design was founded. Bauhaus played a huge role in spreading the ideas of modernism because it became an internationally known school thanks to its students and professors that emigrated from the Nazis in the 30s. We cannot mention mid-century classics without mentioning the icons of the 20th century such as Walter Gropius, Le Corbusier, Marcel Breuer, Mies van der Rohe, Charles and Ray Eames, Alvar Aaalto, Eero Saarinen and many more (which we wrote about excessively in our stories section dedicated to icons of the 20th century).

As one of the prominent figures of Bauhaus and modernism, László Moholy Nagy explained ”The reality of our century is technology: the invention, construction, and maintenance of the machine. To be a user of machines is to be of the spirit of this century. It has replaced the transcendental spiritualism of past eras.” – László Moholy Nagy, Constructivism and the Proletariat, 1922. 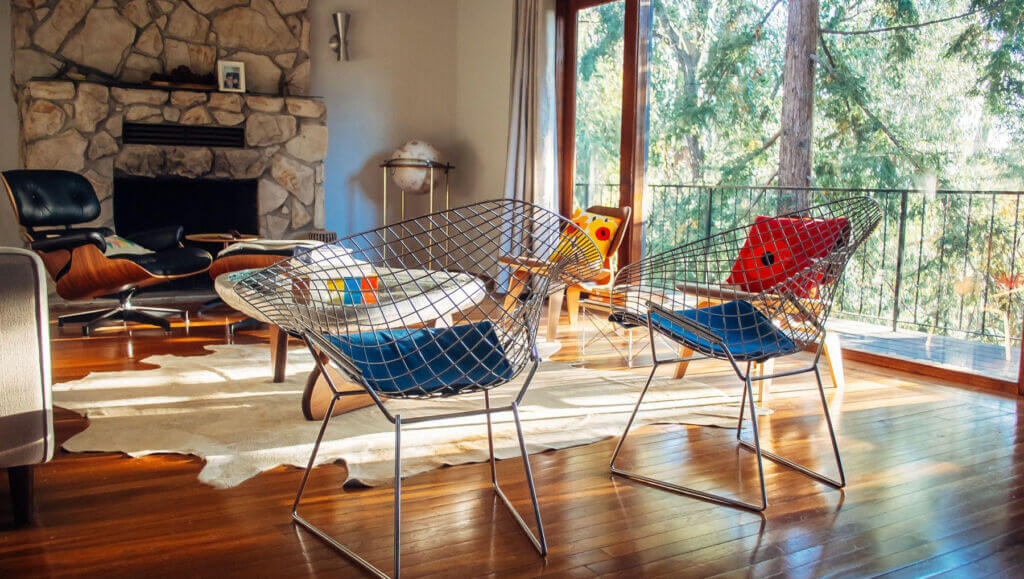 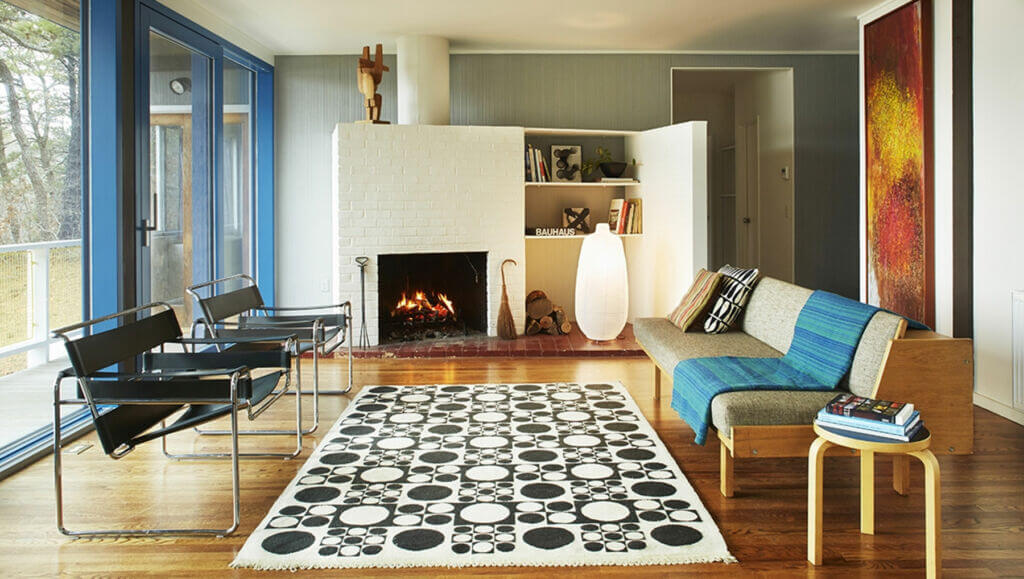 This quote best describes the new design philosophy inspired by the machine technology of the 20th century. With that in mind, from Bauhaus came some of the most popular design products we still see today like B32 chair and Wassily chair by Marcel Breuer, Zig-Zag chair by Gerrit Rietveld, MR20 and Barcelona chair by Mies Van der Rohe, Alvar Aalto‘s Paimio chair, and many more modern classics.

By 1950, Modernism had entered popular culture. With the increasing urbanization of populations, it was beginning to be looked to as the source for ideas to deal with the challenges of the day. Popular culture, particularly mass production fueled much modernist innovation. Modern ideas in art appeared in commercials and logos. One of the most visible changes of this period is the adoption of objects of modern production into daily life. Electricity, the telephone, the automobile—and the need to work with them, repair them and live with them—created the need for new forms of manners, and social life. The kind of disruptive moment which only a few knew in the 1880’s, became a common occurrence. The speed of communication reserved for the stock brokers of 1890 became part of family life. 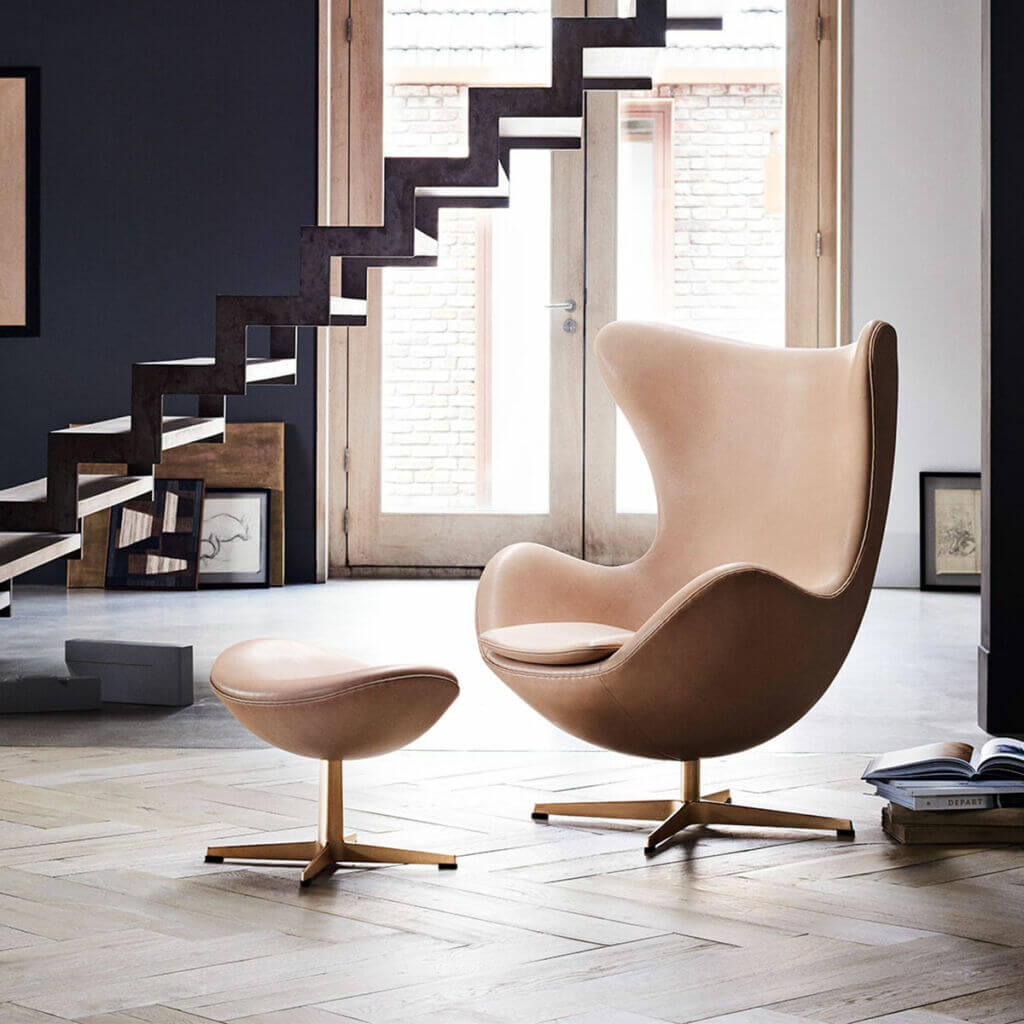 Arne Jacobsen, Egg chair. The Jacobsen Egg first appeared in the reception areas of the Royal Hotel, in Copenhagen. 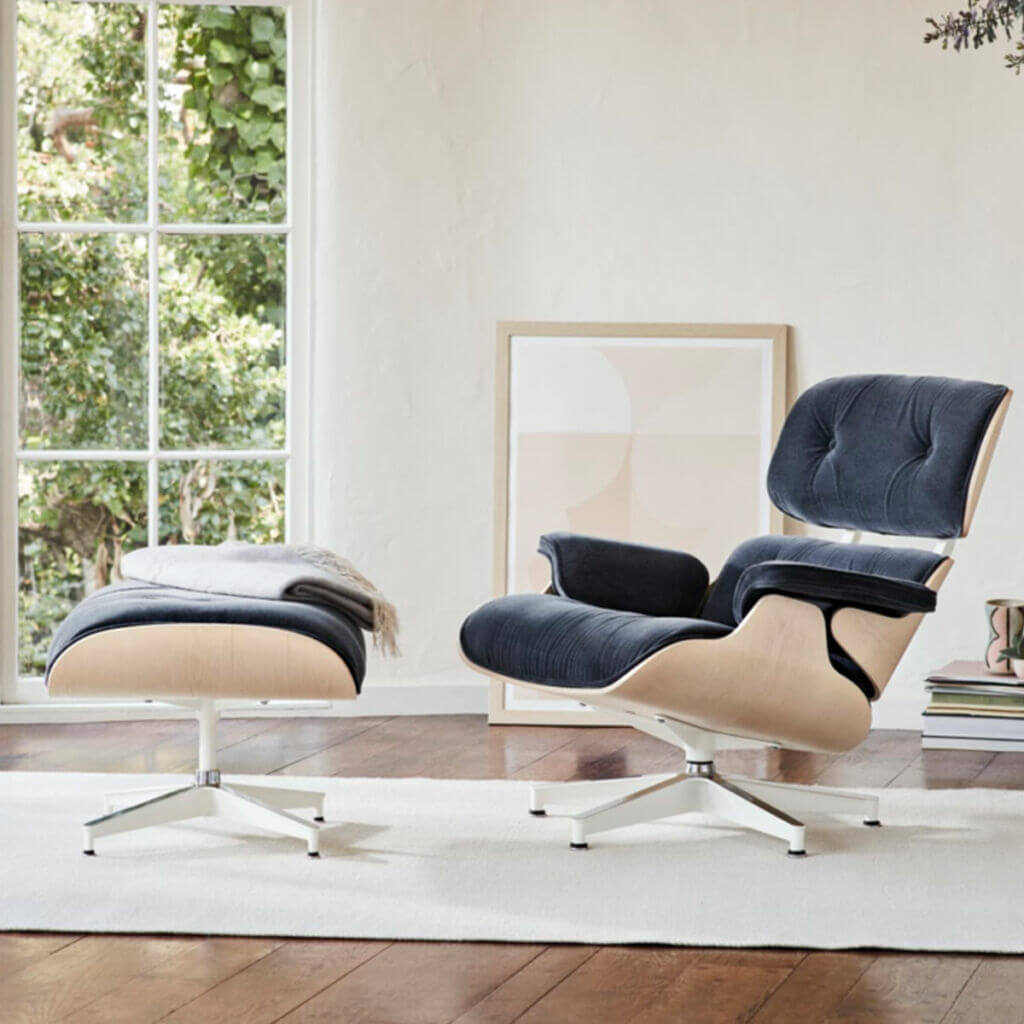 Eames Lounge Chair and Ottoman. It was first introduced in 1956, as a modern take on a 19th century chair.

Above mentioned circumstances gave new life to modern classic furniture, and mid-century became a part of our everyday lives. Even though the furniture wasn’t invented at the time (we’re talking about the 50s and 60s) it became popular because it was distinct and in contrast to previous ornamental taste, it was cheap and ready to be mass produced (and with the postwar socio-political and economic situation, we needed cheaper and mass-produced furniture). This further led to their expansion and the fact that right now there are thousands of vintage pieces and even more copies of this kind of furniture that pop up on our screens every now and then in our favorite TV-Show or a movie.

Just one of the examples is Marcel Breuer’s B32 chair which appears in various movies and TV series and is placed in various sociological and cultural contexts, from a furniture piece in a student home, police station cafeteria, low-income apartment, to a collector’s upper-class home.

Even though we know, mid-century modern will never go out of style, we believe that the legacy of mid-century modern design is important because it is a testimony of an era in humanity where the form came together with the function, and where the design was stripped down to its essentials, something we might take for granted today, but it was a long and arduous journey to achieve.

The appreciation for angular compositions has made mid-century modern a style that stands the test of time and seamlessly fits into almost any type of contemporary interior decor.