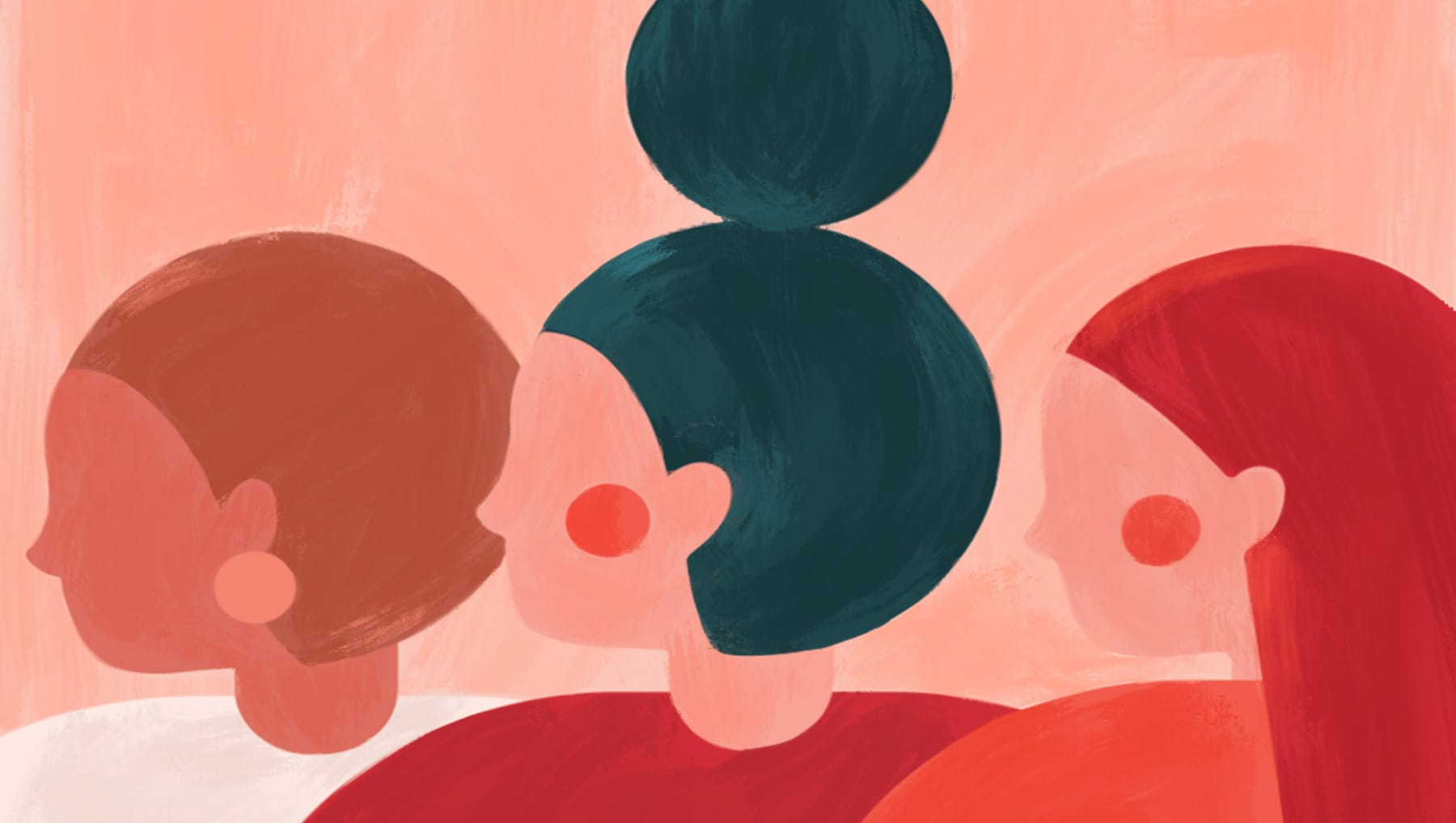 To celebrate International Women’s Day we have selected a list of 10 Pioneering Women in Design and Architecture. By examining their role in these fields, we want to raise awareness of women’s work in Design and Architecture. Our campaign name for this year’s IWD is #allboutyou – because March 8th is a day of protest, but it is also a day that celebrates women and all their accomplishments. 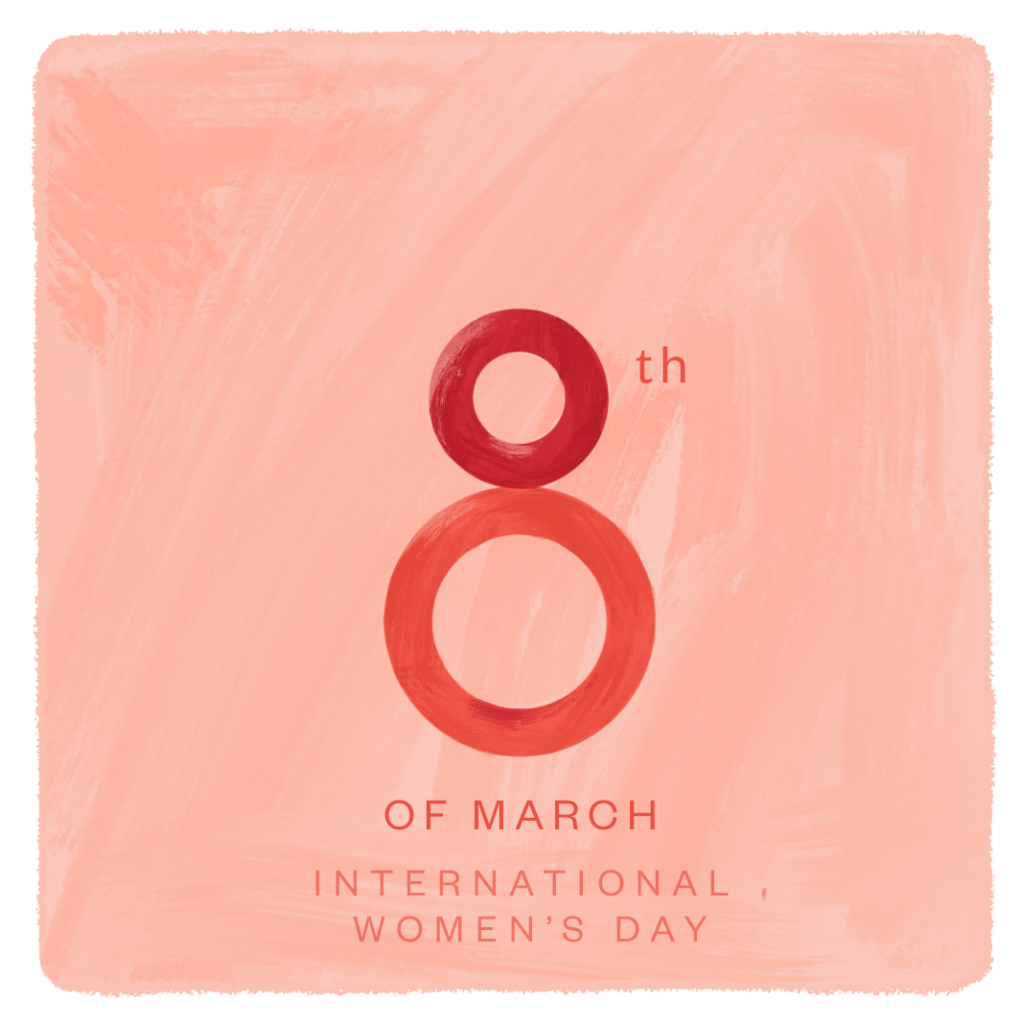 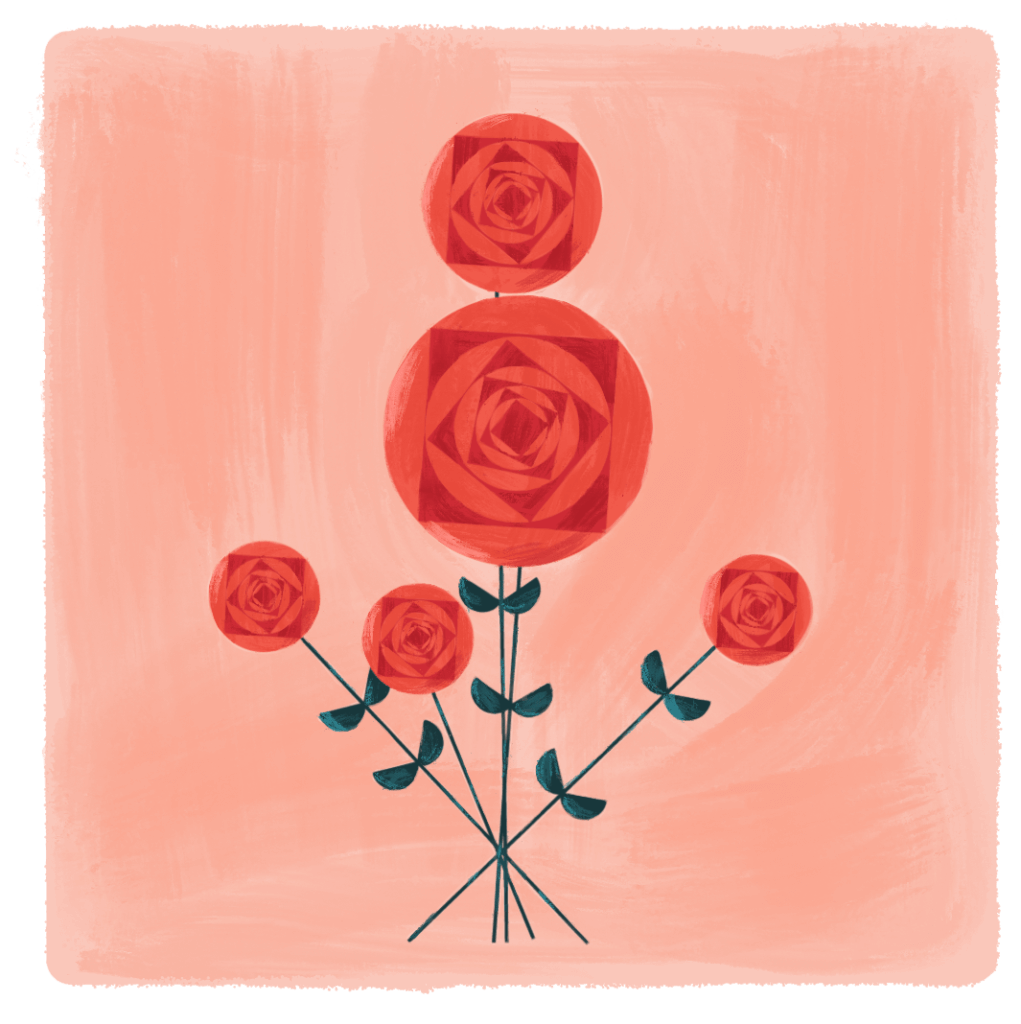 Although women have held various roles in architecture and design before the twentieth century, period between the end of the two World Wars (1920 – 1945) was the time when women were officially accepted in the field of architecture and design. Although it’s important to mention that their presence was still sporadic in design history, and often collided with the avant-garde movements and trends.

”For me, there is no gap between my painting and my so-called “decorative” work. I never considered the ‘minor arts’ to be artistically frustrating; on the contrary, it was an extension of my art.’’  Sonia Delaunay was a Ukrainian-born French artist, trained in Paris and Germany (where she was influenced by Fauvism and Expressionism). After her divorce from a gallerist Wilhelm Uhde, she married Robert Delaunay and started exploring Orphism with strong colors and geometry that stayed with her for her whole life. She wasn’t only a painter, but also a prolific textile designer, stage set designer and interior designer. Her artistic career was very active, and after the 50s she gained reputation and publicity both for her painting and decorative work.   Her active career had taken her to Madrid where she became very popular. Casa Sonia which had branches in Bilbao, Barcelona and San Sebastian helped her achieve high professional standing. Delaunay’s painting Coccinelle was featured on a stamp jointly released by the French Post Office, La Poste and the United Kingdom’s Royal Mail in 2004.

“We wanted to create living things with contemporary relevance, suitable for a new style of life.” Gunta Stölzl attended Bauhaus school of Art & Design where she became the first female Master of a workshop and a first female member of teaching staff. The textile workshop was the oldest and most prolific workshop at the Bauhaus, where Gunta learned the so-called applique technique of wall-hanging and knotting. After the Bauhaus, Gunta didn’t stop at textile, instead, she continued to work on modern textile theories, tubular steel chairs, seat covering (she covered one of Marcel Breuer’s designs from Bauhaus). After Bauhaus, like many other students, Gunta emigrated to Switzerland. In Zurich she founded with Bauhaus’ students – Preiswerk and Hurlimann  S-P-H Stoffe hand weaving mill for the industrial production of furniture materials, cloths, and carpets.   She contributed to the world of design and her works are now part of museum collections all over Europe, USA, and even Japan. 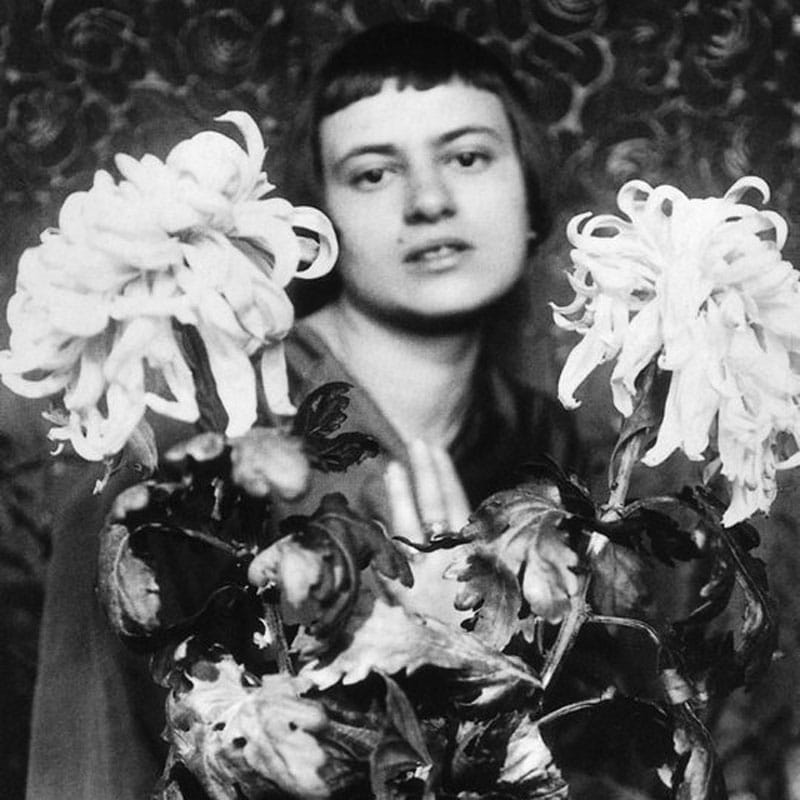 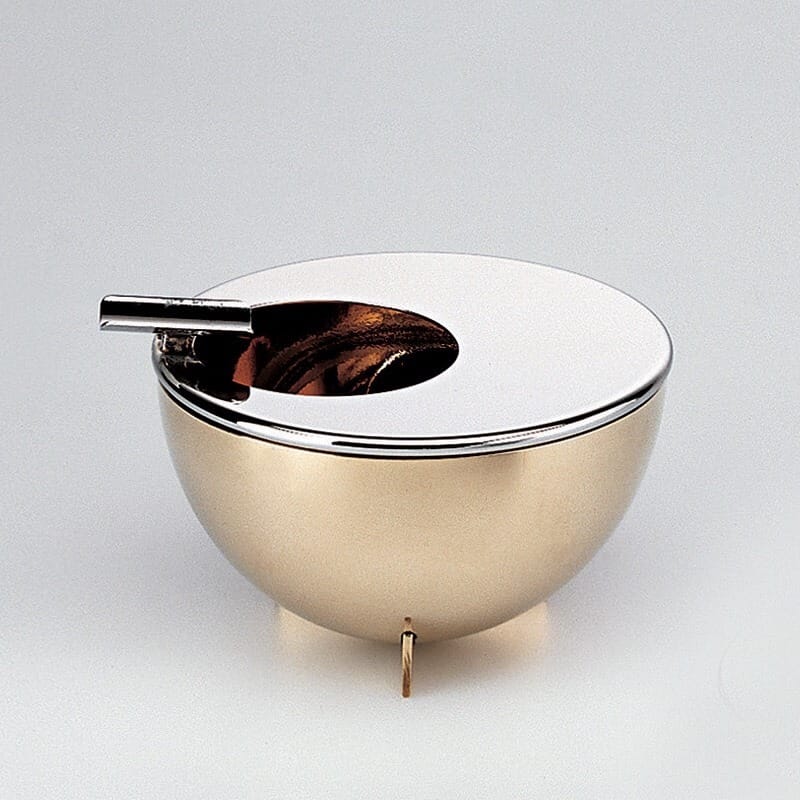 “An object must be purposeful in its function and possess a beauty appropriate to the material used.”  Marianne Liebe Brandt was also a Bauhaus student (metal workshop), and she was one of the few students who was allowed to attend a workshop that was not a textile. Soon after, she took a dominant role in Bauhaus’ metal workshop becoming its director in Dessau (1928-29). She worked as an interior designer at Gropius’s studio and after the story of Bauhaus ended, she directed the design department of Ruppelwerk metal factory in Gotha. Some of her iconic objects such as Tea Infuser MT 49 (1924) was printed on a German stamp in 1999.   Marianne’s ashtray is one of the first objects produced at the Bauhaus’ metal workshop where she was the only women to have ever worked, putting into practice the Bauhaus Weimar methodology of simplifying the design process for future mass-production. 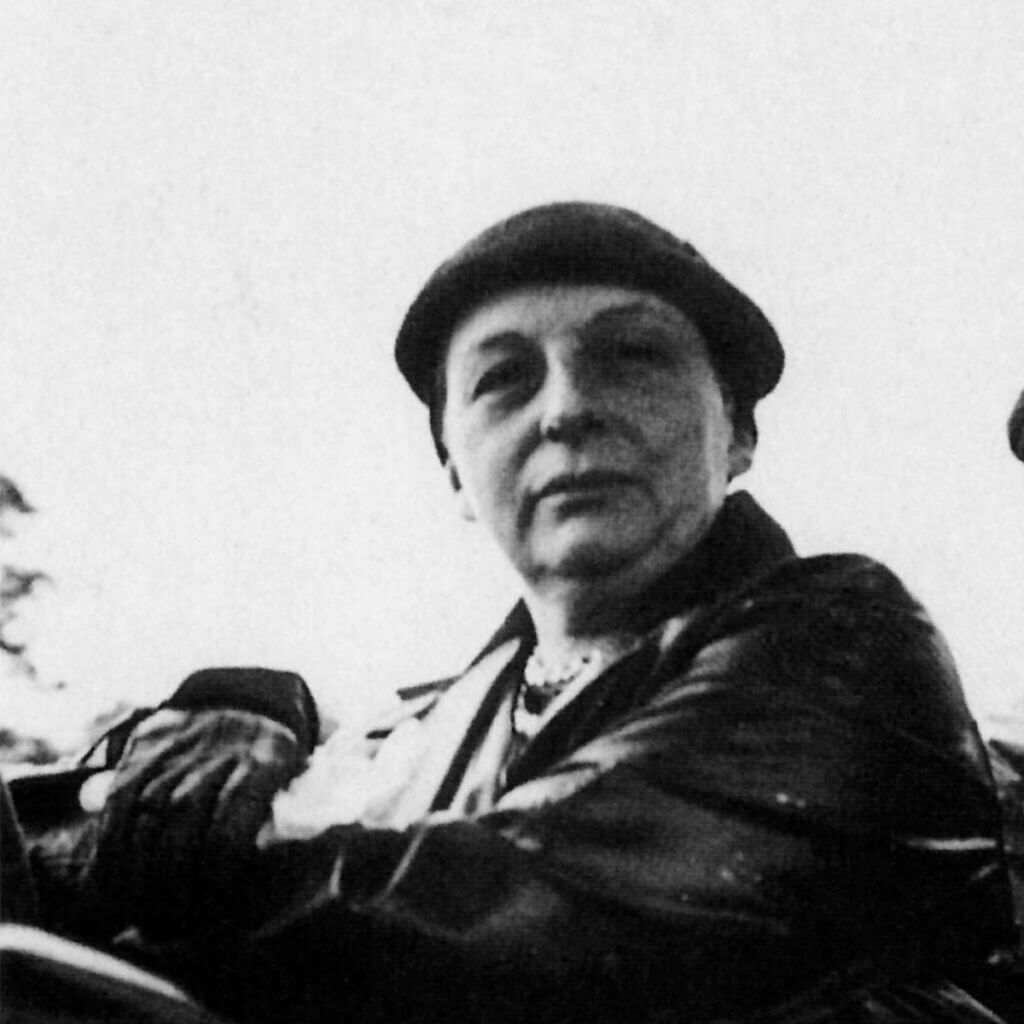 “Who would know how the way will be found in the new form?”  Lilly Reich was trained as an embroiderer in Berlin, and at the beginning of her career, she worked in Vienna for Joseph Hoffman. In 1914. she decided to go on her own and open a studio in Berlin for interior design, art, and fashion. She was the first woman member of the Deutscher Werkbund. At the Trade Fairs’ Organisation in Frankfurt where she worked as a stage designer, she met Mies van der Rohe. Their business relationship lasted for 13 years. Extensive research that followed the exhibition at the MoMA in 1996. celebrated the work of this productive designer. The Thonet Armchair is maybe one of the most famous designs Lilly Reich made for Thonet. This innovative piece epitomizes Reich’s idea of interior design as a creative process combining art and technique. Her designs were devoted to the modernist principles of functionality and simplicity. 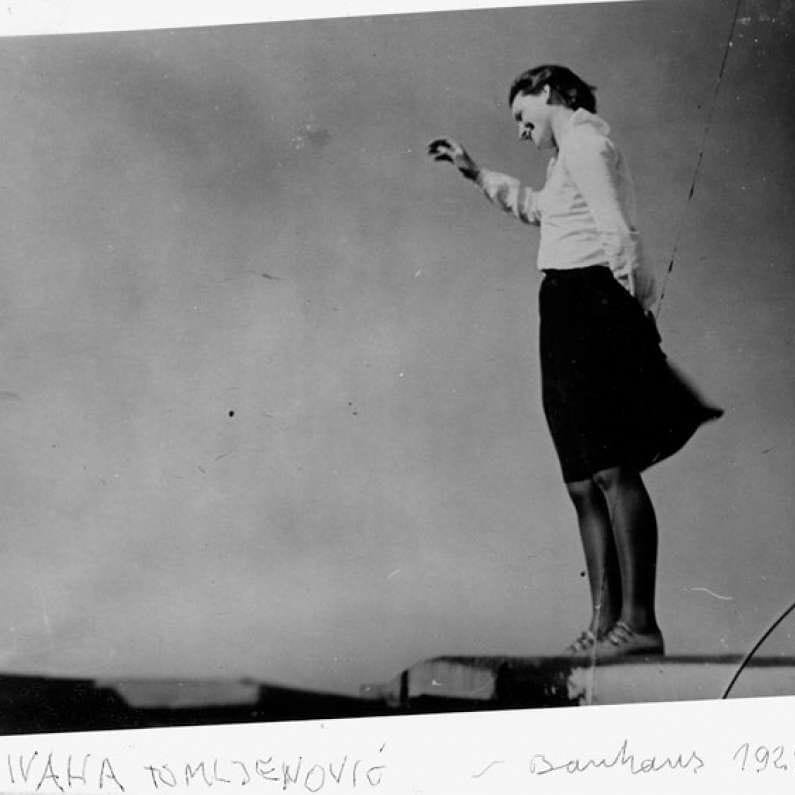 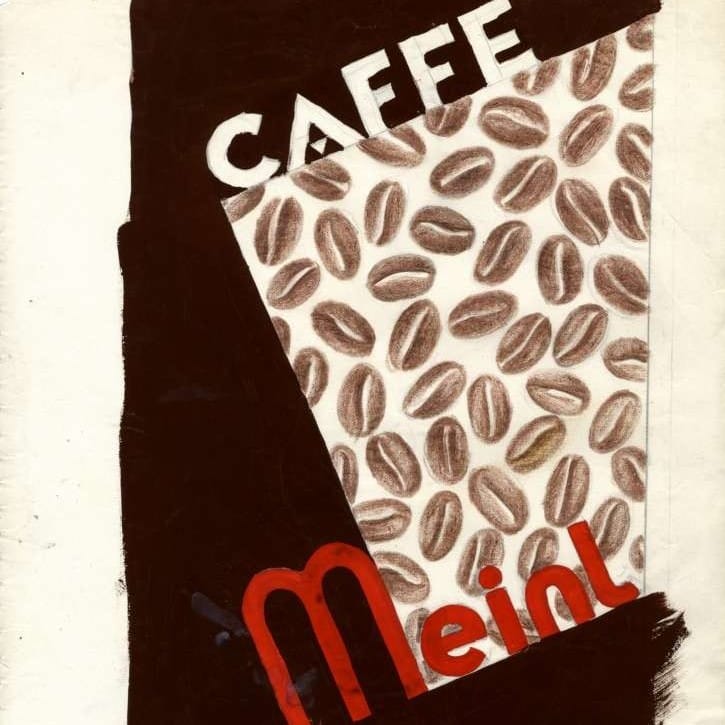 “Good luck, Bauhaus and Berlin comrades, see you after the revolution” – Tomljenović processed her expulsion from the Bauhaus in a photo collage.  Ivana Tomljenović was born in Zagreb, where she attended the Royal Academy of Arts. In 1929. she enrolled at the Bauhaus School of Art and Design in Dessau. Her main interests were photography and poster design. She was also a semi-professional athlete. Soon after moving to Germany, she became a member of the German Communist Party and when Hannes Meyer was dismissed from his director position in Bauhaus, a large number of students also left the school with him – including Ivana. After Bauhaus, she went to Berlin and worked as a poster designer and stage designer, becoming friends with Dadaist artists like John Heartfield. After the death of her husband, Tomljenović – Meller returned to Zagreb and later on moved to Belgrade to teach poster design.

In the postwar period, due to social, political and economic changes increasing numbers of women joined the architectural, design and engineering professions. This is is the time in design history books where we see pioneering female architects and designers standing side-by-side with male icons of modernism.

“To design is to plan and organize, to order, to relate and to control.” Anni Albers was also a Bauhaus student, placed in the department of weaving. At first, she developed typical wall hangings and textiles but parallel to her studies she continued to explore weaving theories. She wrote theoretical books “On Designing” (1959) and “On Weaving” (1965). After Bauhaus, she moved with Josef Albers to North Carolina to teach at the Black Mountain College. Albers was the first women weaver to have a solo exhibition at MoMA (1949.). Free-Hanging Room Divider is one of Anni’s most experimental artifacts, where she tried to merge the form of functional furniture with industrial textile production. She was devoted to joining natural and synthetic fibers and use the transparency of the divider to include the room as part of the composition. This object is also the example of Anni’s design philosophy – that materials are able to originate shapes themselves. For her, this was the key to creativity and experimentation. 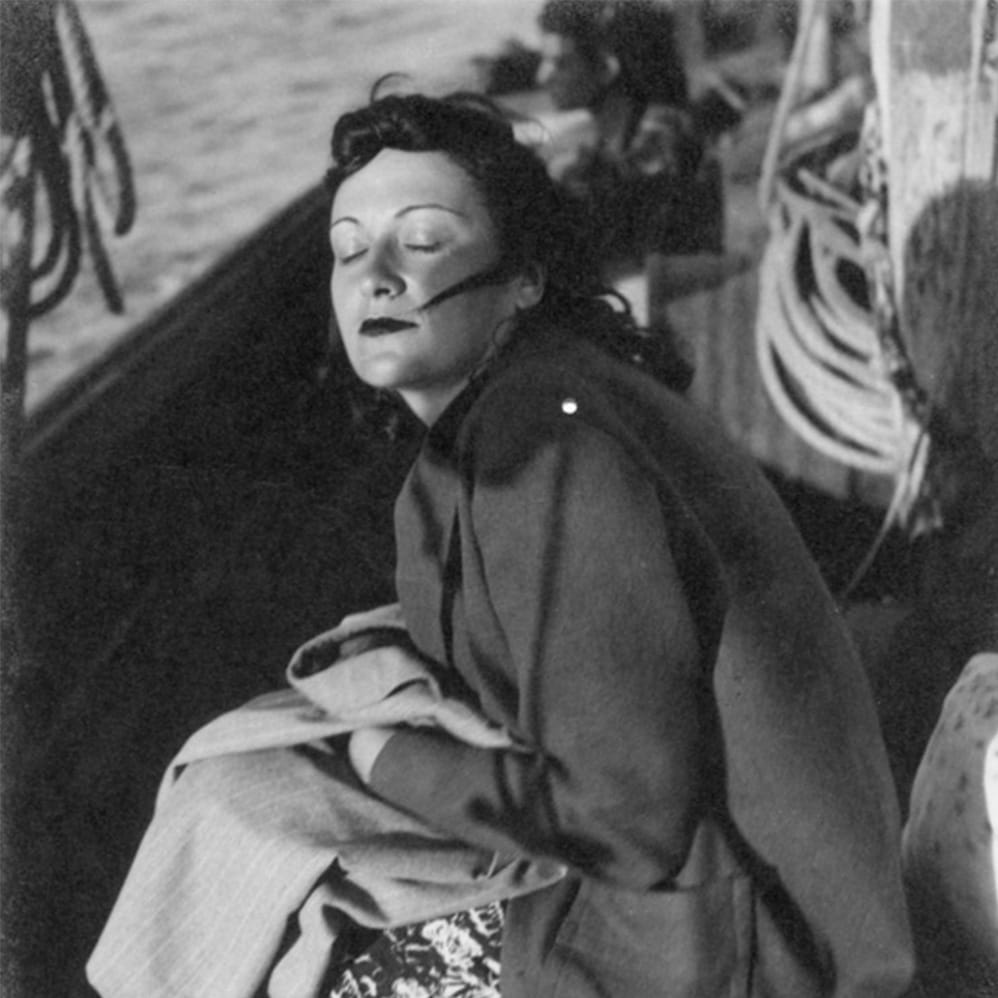 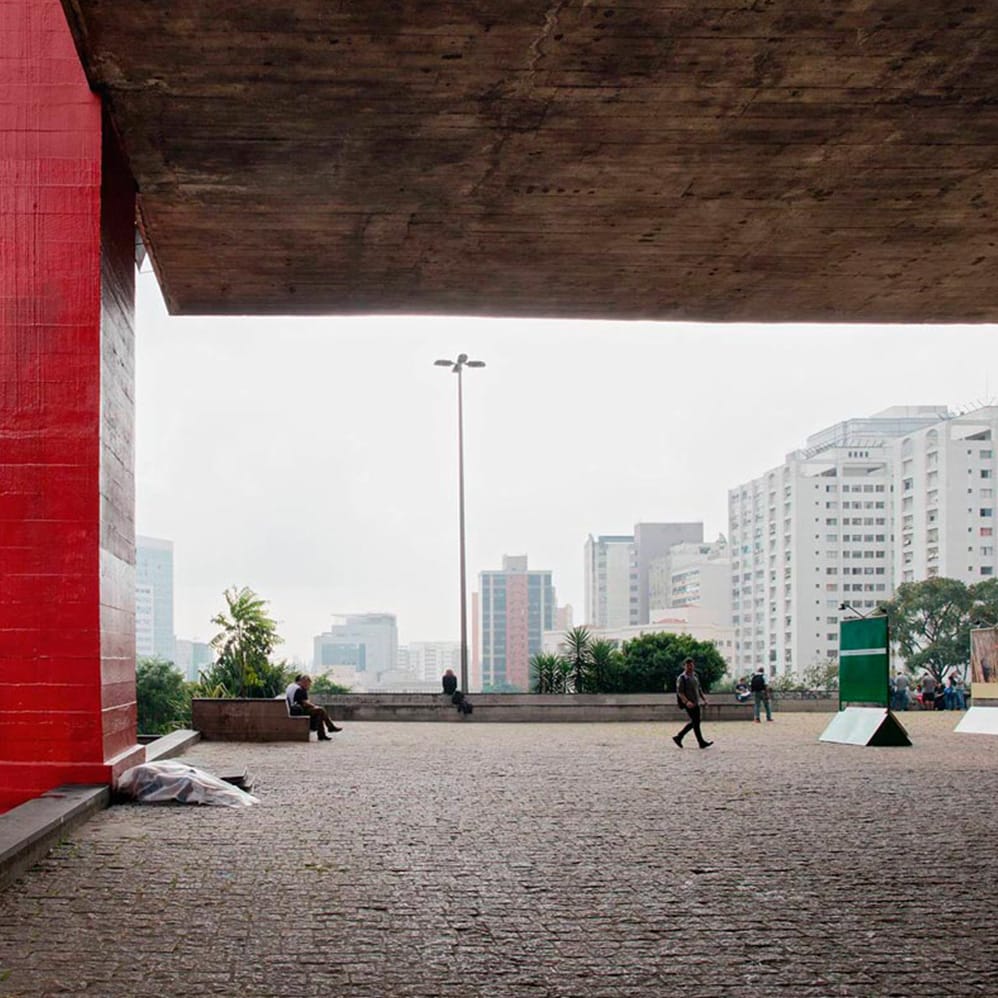 “Mass production, which today should be taken into consideration as a basis for modern architecture, exists in Nature itself, and intuitively, in popular work.” Lina Bo Bardi graduated architecture in 1939. in Rome, Italy. After moving to Milan, she worked with Carlo Pagani and Gio Ponti on many important projects and collaborated with architectural magazine Domus. With her husband Pietro Bardi, she moved to Brazil, where she co-founded the art magazine Habitat and designed a space that housed The Sao Paulo Museum of Art temporarily.   The MASP building expressed Lina’s aim to bring the general public closer to art. It gave an atmosphere that allowed the visitor to understand the work of art. The idea of public use was the focus of Lina Bo Bardi’s project. 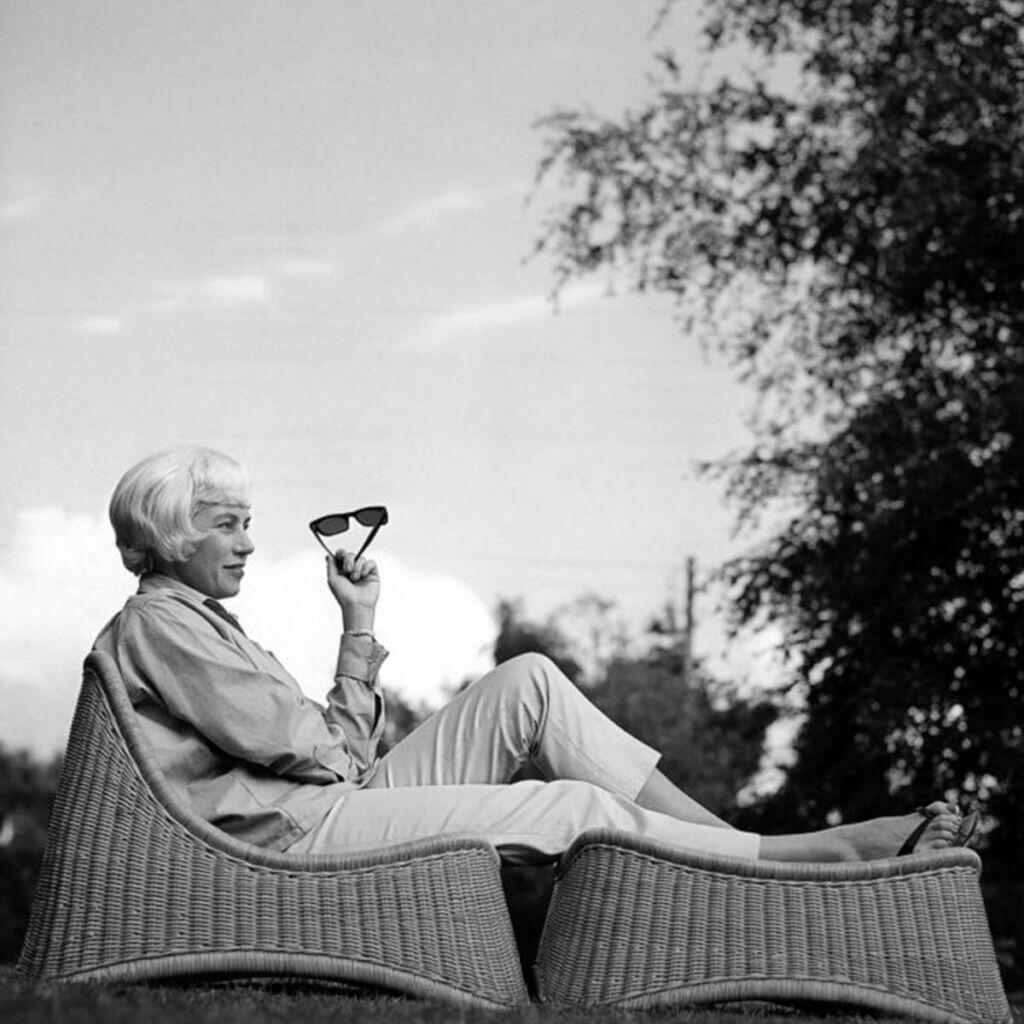 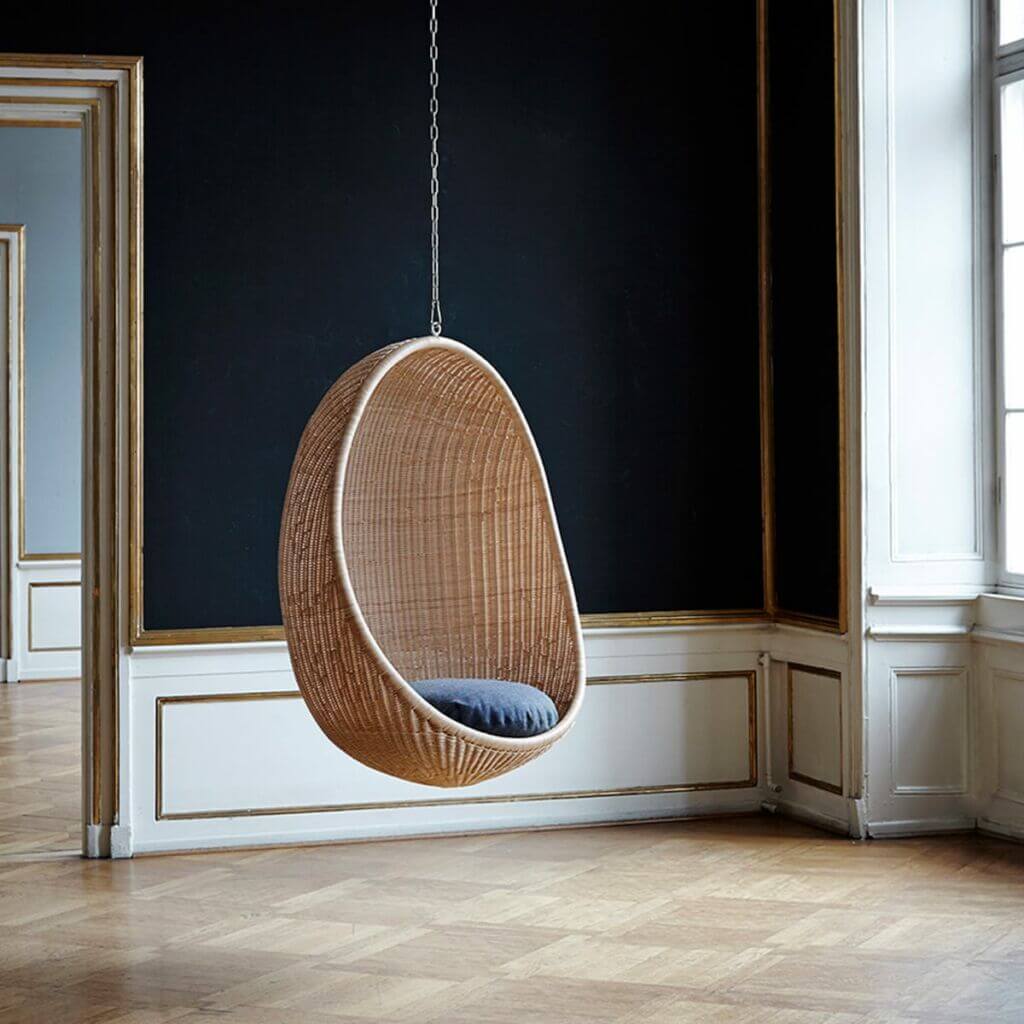 “A timeless and familiar design, born out of a challenging material.”  Nanna Ditzel studied cabinetmaking at Richards School and after she enrolled at the Royal Academy of Fine Arts in Copenhagen. At the faculty, Nanna met her husband Jørgen, and in 1946. they opened a design studio for interior and home furniture. During the 60s, she worked with Mobilia journal and designed the classic fabric Hallingdal 65 for Kvadrat. Maybe one of her most iconic furniture pieces is the Hanging Egg Chair. Nanna and Jørgen designed this chair with everyday life in mind. The chair discarded legs or adornment. A simple and intimate piece that changed the way we think about the space. The egg shaped chair inspired a feeling of protection and a womb like comfort. 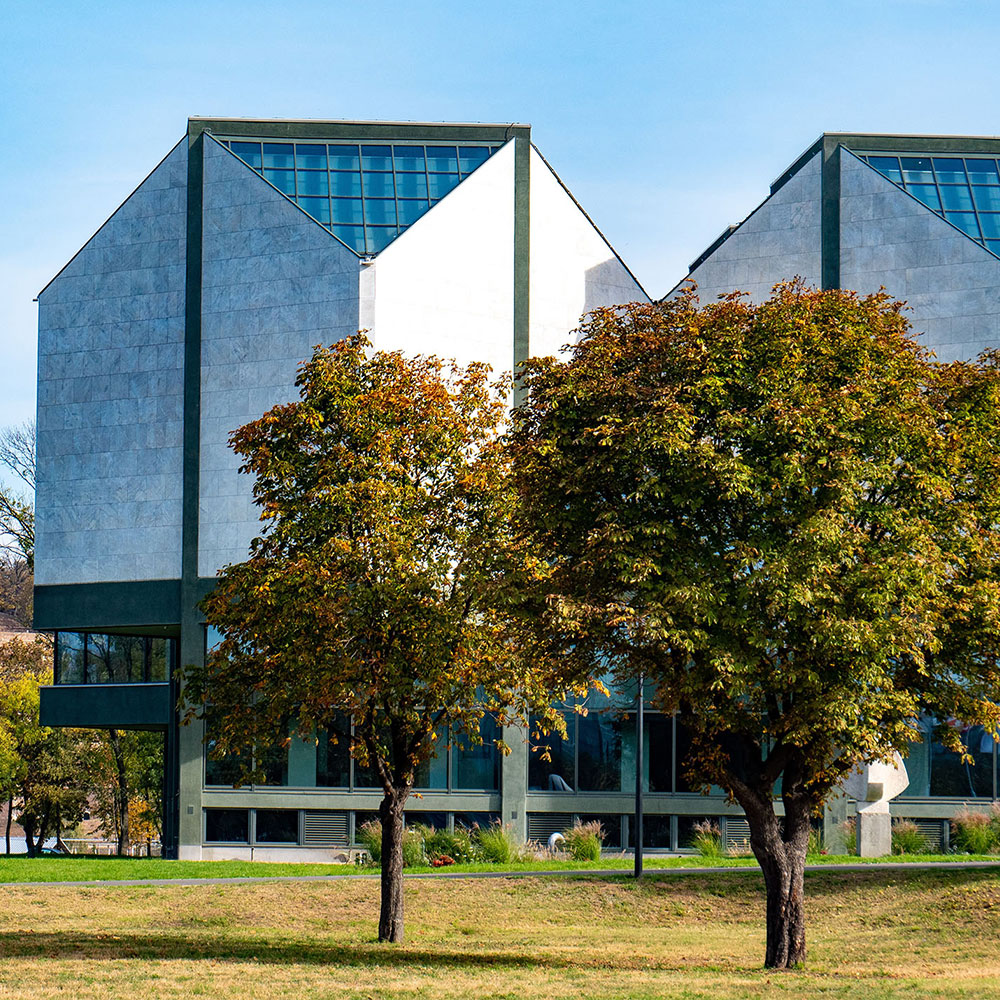 Museum of Contemporary Art in Belgrade 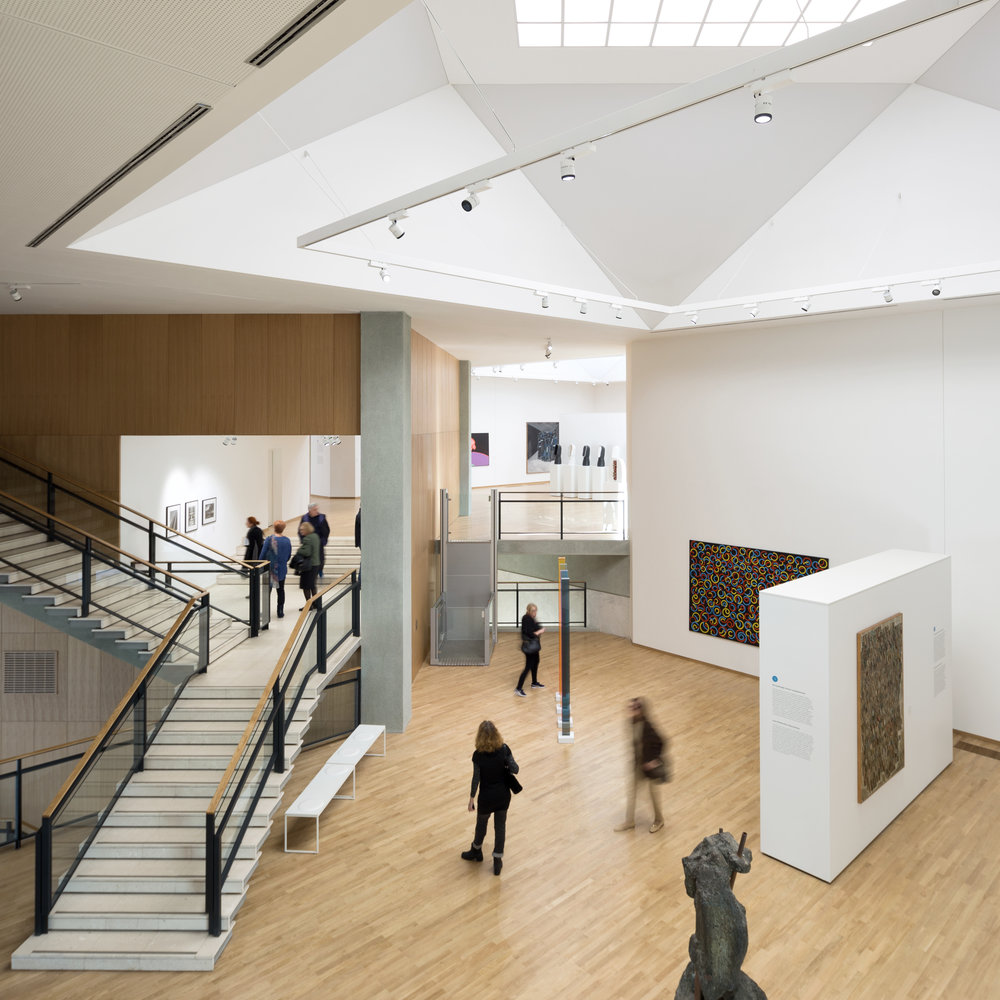 Interior of the museum by Relja Ivanić

“The symbiotic relationship between cityscape, architecture, and art: contemporary museum as/for work of art.”  Ivanka Raspopović graduated from the Faculty of Architecture in Belgrade in 1954. and started her career at the RAD construction company. One of the most famous Belgrade landmarks is the Museum of Contemporary Art in Belgrade – which is the result of joint work of Ivanka Raspopović and Ivan Antić. The expressive geometry, free plan, and interior that revealed visitors’ responses set a benchmark for museum buildings design. The interior of the museum is 3600m2 exhibition space on five levels, with areas of various heights that all meet at the staircase. The idea was to create a visual connection between the art in the museum and museum as a building. Among other works, Ivanka designed residential buildings in Užice, a department store in Bečej, tuberculosis hospital in Prizren, the second phase of Belgrade Airport. Her projects Museum of Contemporary Art in Belgrade and The Memorial Park in Kragujevac are listed as heritage. 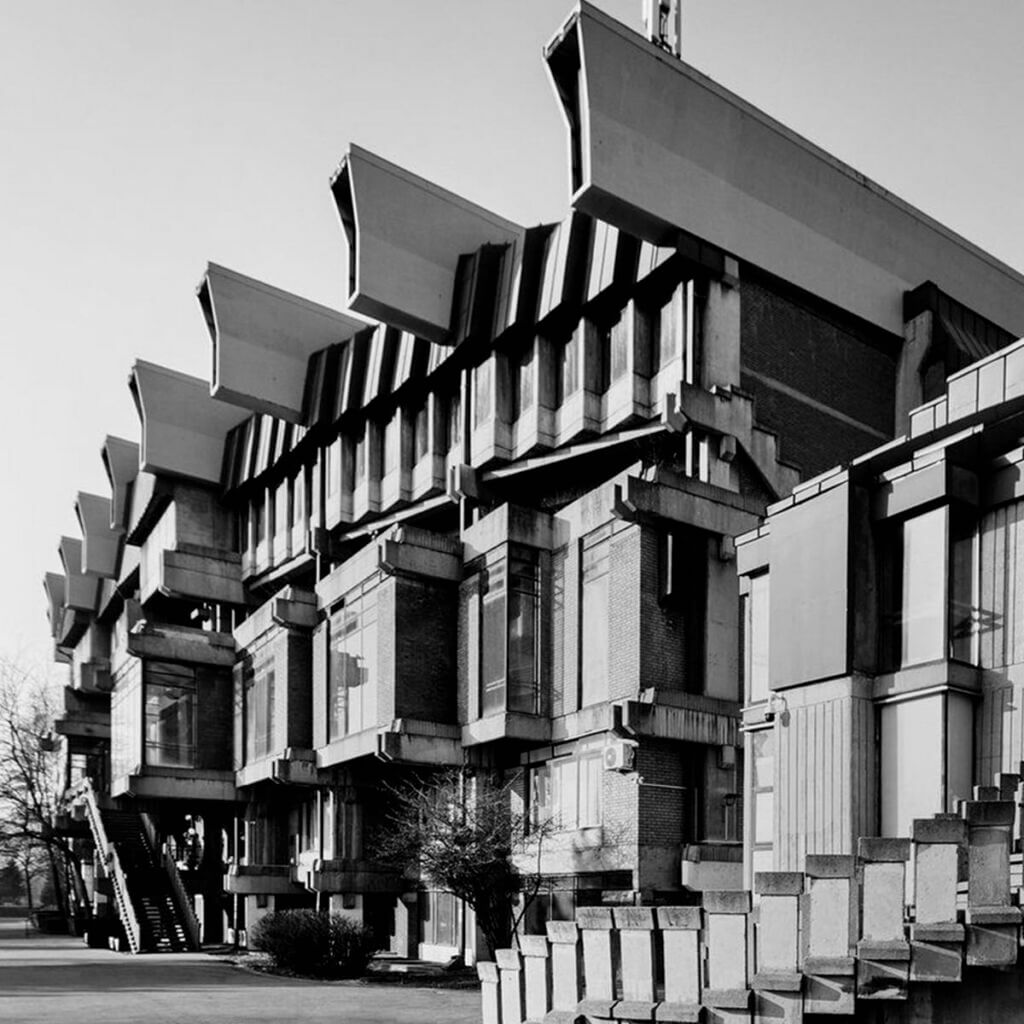 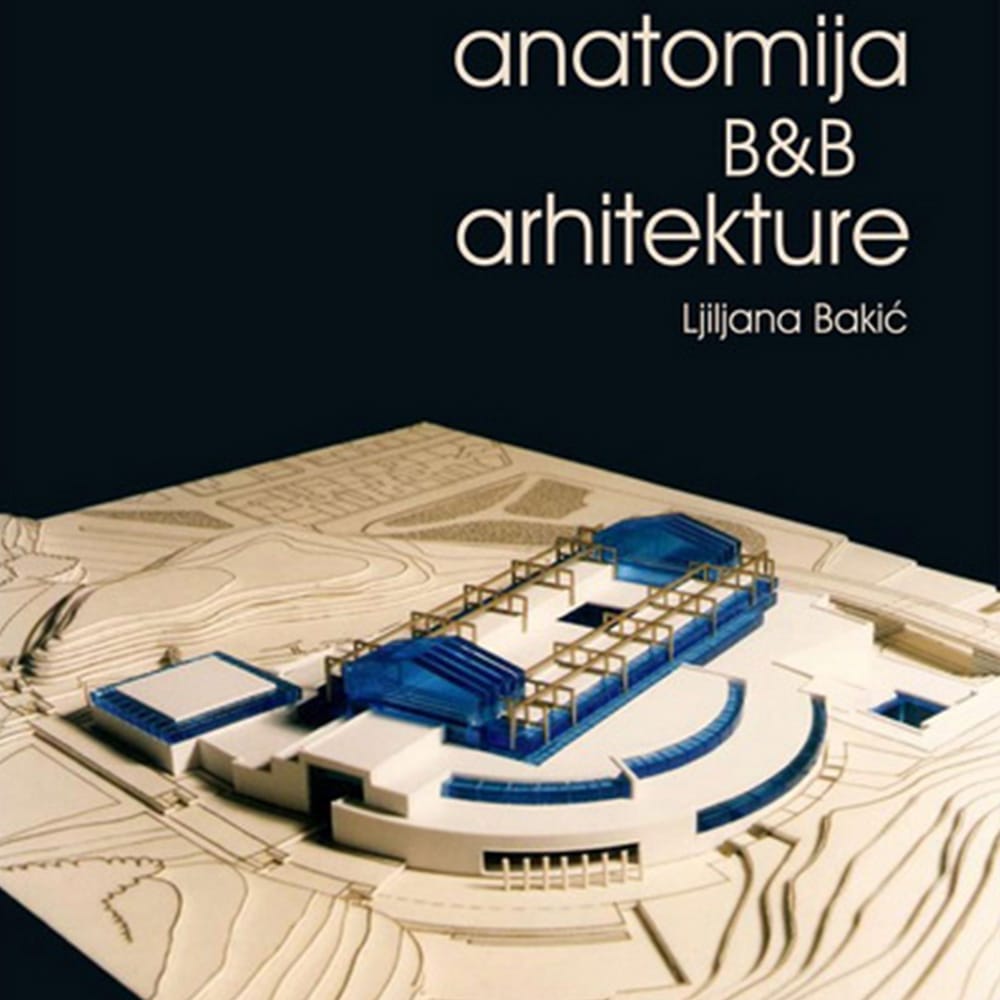 “The psychological and sociological aspects have always yeasted my architecture.”  Ljiljana Vućović Bakić studied architecture in Belgrade and began her career working for Garden Architecture. Later she joined project bureau Mr. Said Breik & Marwan Kalo in Kuwait (1965-66), and after that continued working in Energoprojekt. Parallel with her solo projects, Ljiljana worked with her husband Dragoljub Bakić in the Bakić Architects Bureau in Harare, Zimbabwe. Ljiljana Vućović Bakić and Dragoljub Bakić designed Pioneer Sports Hall which is considered to be an icon of the 70s postmodernist Belgrade architecture, intriguing the viewer with the use of color, brick, and concrete. They won the competition for the Sports Hall in 1972. The idea was to create the “apotheosis of sport and game”. Ljiljana’s work was awarded a Prize for Life Work by the Architects of Serbia Society in 1994. She also published significant articles in several professional journals.

Design throughout history has been shaped and enhanced by the creativity of women; as practitioners, commentators, and educators. But traditional design history eagerly promoted their male counterparts, while female contributions were too often overlooked.

This blog post couldn’t be written without books, articles and online resources. If you want to learn more about Women in Design and Architecture, our recommendations for all architecture and design lovers would be the following editions: